He Paid $238 Million For New York Home. Owns London's Most Expensive Too

Griffin paid about $122 million for a 200-year-old mansion overlooking London's St. James's Park about half a mile from Buckingham Palace, earlier this month 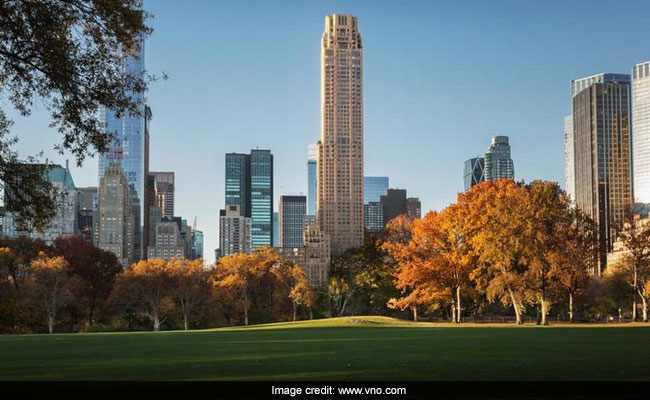 Ken Griffin is showing how a billionaire goes on a shopping spree.

Just days after buying one of the most expensive residential properties in London, the Citadel founder set a U.S. record with the $238 million penthouse at 220 Central Park South. The approximately 24,000 square feet (2,200 square meters) apartment will give him a place to stay when he's working in New York, a Citadel spokeswoman said. The price makes it America's most expensive home.

"He's definitely a global trophy hunter and he bought what would arguably be now the number one building in New York," said Donna Olshan, president of Olshan Realty Inc.

"I don't think that the fact that he buys an extraordinary trophy property speaks anything about the market. It's just this is what he does and you have to look at it as a one-off. Hats off to the developer for that kind of sale."

Earlier this month, Griffin paid about 95 million pounds ($122 million) for a 200-year-old mansion overlooking London's St. James's Park about half a mile from Buckingham Palace. The 20,000 square-foot building includes a gym, pool and underground extension.

Griffin, 50, started trading convertible bonds from his dorm room at Harvard University. The Florida native founded Citadel in 1990 and has expanded it into a global empire managing hedge funds and making markets. He's amassed a $9.6 billion fortune, according to the Bloomberg Billionaires Index, a ranking of the world's 500 wealthiest people.

Along the way, he's bought real estate in New York and Chicago worth more than $500 million, not including the most recent purchases. 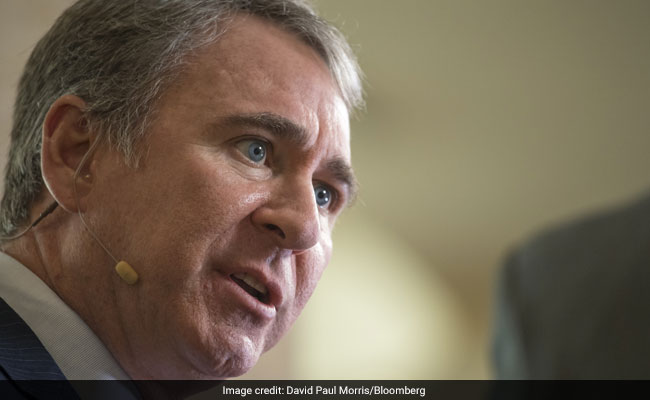 Acquisitions over the past few years included $30 million for two floors of the Waldorf Astoria hotel in Chicago and a Miami Beach penthouse for $60 million. In 2017, Griffin set the record for the most-expensive Chicago home, paying $58.75 million for a four-level penthouse atop the Gold Coast's No. 9 Walton apartment tower, according to Crain's. He's also acquired about $230 million of property in Palm Beach, Florida, according to the Palm Beach Daily News.

Griffin also has a history of breaking records in the art world. In 2016, he bought works by Jackson Pollock and Willem de Kooning from David Geffen's foundation for about $500 million. He's also an active philanthropist who's given more than $600 million to educational and cultural causes, including the Art Institute of Chicago, the Whitney Museum of American Art and Harvard University.

"It's not a proxy for the market," Olshan said. "I just consider it a one-off, an anomaly, an extraordinary sale, much like you see in the art market when somebody goes out and spends an absurd amount of money -- it doesn't necessarily indicate that that's where the art market is going."

The luxury condo tower in New York he just closed on was built by Vornado Realty Trust, which said in October it was approaching 85 percent sold, with 26 full-floor units in contract. The Robert A.M. Stern-designed project faces the southern entrance to Central Park, with most of the 118 units offering unobstructed views. The Wall Street Journal earlier reported Griffin's purchase.

Citadel has signed a lease to anchor a skyscraper at 425 Park Avenue, eight-tenths of a mile from Griffin's new apartment, not including vertical travel. The office building, developed by L&L Holding Co. and designed by Norman Foster, topped out last month. It's supposed to be completed in 2020, and Citadel will take about 331,800 square feet on 16 floors including the penthouse.

The price for the 220 Central Park South property is well more than double the previous record for a residential sale in Manhattan, which was $100.5 million for the penthouse at One57. That deal was completed in 2014. Appetites for Manhattan's ultra-luxury homes have since waned. A few blocks away from One57, a buyer purchased three apartments near the top of the 96-story tower at 432 Park Ave. for a combined $91.1 million, in a deal that closed in December 2017. That was a 25 percent discount from the combined sticker price of $120.8 million.

A Vornado spokesman declined to comment, as did Corcoran Group's Deborah Kern, who represented Vornado. Tal Alexander, who along with his brother Oren represented Griffin, also didn't comment.

By one metric, Griffin didn't necessarily overpay for his New York apartment.

(Except for the headline, this story has not been edited by NDTV staff and is published from a syndicated feed.)
Comments
$238 million penthouseKen GriffinAmerica's most expensive home