Central Paris was awash in a sea of purple -- the colour adopted for the campaign -- as several protesters held up placards bearing the image of a relative or friend killed in gender violence. 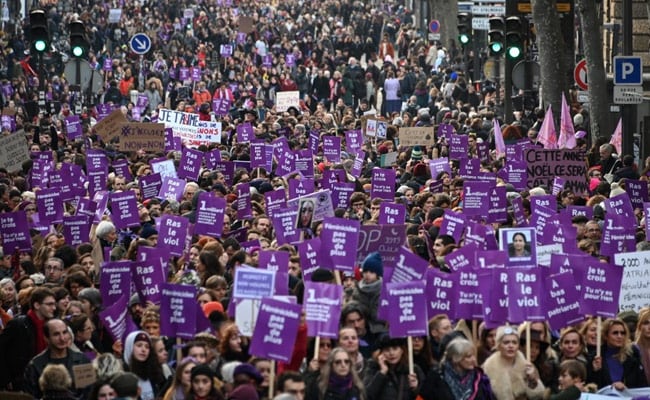 People take part in a protest to condemn violence against women in Paris. (AFP)

Tens of thousands marched in Paris on Saturday calling for an end to gender violence and femicide in a country where at least 116 women have been killed by current or former partners this year.

Central Paris was awash in a sea of purple -- the colour adopted for the campaign -- as several protesters held up placards bearing the image of a relative or friend killed in gender violence.

Some signs bore the words "Break the silence, not women," and "Aggressor, stalker, you are done for, the women are in the street".

"In 32 femicides, it's Christmas," read another.

A count by the Occurrence consultancy, commissioned by the news media including AFP, put the turnout in the French capital at 49,000. 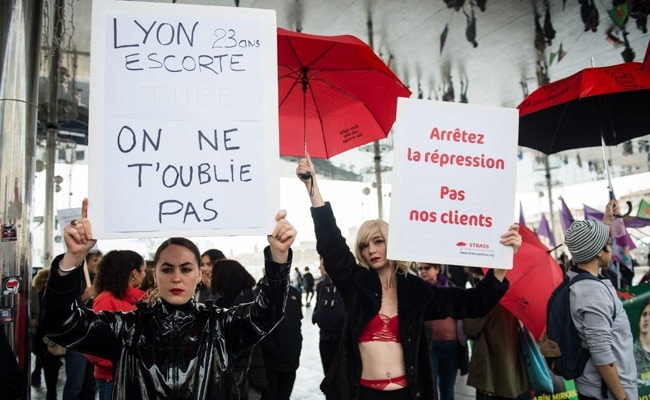 Feminist collective #NousToutes ("All of Us") meanwhile said 100,000 marched in Paris, hailing it as "the biggest march against gender-based violence in French history".

The Paris march was one of 30 organised throughout France involving nearly 70 organisations, political parties, unions and associations.

"This will be a historic march," said Caroline De Haas, one of the Paris organisers, adding that "the level of awareness is moving at breakneck speed."

A total of 116 women have been murdered in France so far this year by their husband, partner or ex-partner, according to an AFP investigation.

The group "Femicides by companions or ex" meanwhile puts the toll at 137.

Some 121 were killed in France last year, according to official figures.

One woman is killed in France every three days by their partner or ex-partner, while marital violence affects 220,000 Frenchwomen every year.

"We can no longer count the number of cases where femicides could have been avoided," the organisers said on Facebook.

"With this march, we will make the public authorities take appropriate measures." 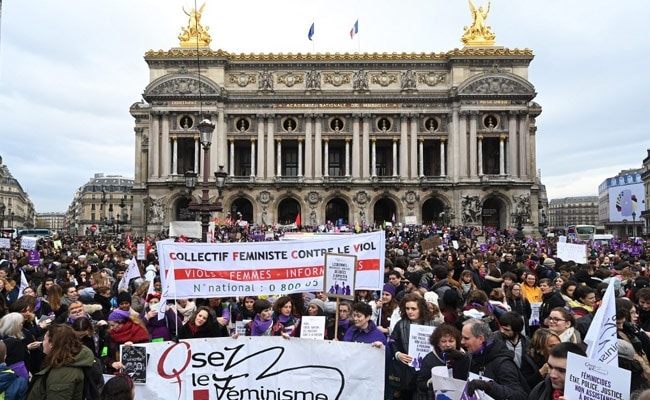 People gather in front of the Opera Garnier in Paris. (AFP)

Justice Minister Nicole Belloubet has said: "Our system is not working to protect these women."

The government is expected to announce about 40 measures on Monday to tackle the scourge.

De Haas and other activists have said a billion euros needs to be invested to address the problem.

But the office of France's equality ministry said it has put aside 361.5 million euros ($398 million) a year.

The killings in France are part of a global scourge that shows no signs of abating, with 87,000 women and girls killed in 2017 according to the UN -- over half of them killed either by their spouse, partner or own family.

In Russia meanwhile, nearly 200 people gathered in a Moscow park on Saturday to denounce a proposed law designed to toughen sanctions for domestic violence.

The marches across France come ahead of the UN's International Day for the Elimination of Violence against Women, which is on Monday.