The summit, ''Khyber Pakhtunkhwa Investment Opportunities Conference", was organised between September 4 to 8 in Azerbaijan to attract investors. 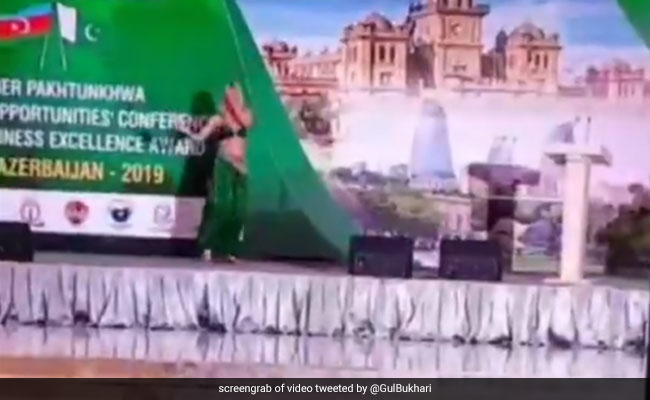 In yet another desperate attempt to revive its crumbling economy, Pakistan's Sarhad Chamber of Commerce and Industry (SCCI) recently organised an investment summit in Azerbaijan, where belly dancers were seen performing at the event to attract investors.

The summit, titled ''Khyber Pakhtunkhwa Investment Opportunities Conference", was organised between September 4 to 8 in Baku and belly dancers stole the show by dancing on the stage in front of the attendees at the conference, according to a video posted by Pakistani journalist Gul Bukhari on her Twitter handle.

"When General Doctrine Chief Economist tries to lure investors into the Pakistan Investment Promotion Conference in Baku, Azerbaijan with belly dancers....," the journalist captioned the post.

A man was seen taking a snap of the belly dancers.

As the video went viral, social media users were quick to react with one user terming it the ''Naya Pakistan way''.

Another Twitter user by the name of Omar Baloch said, "Pakistanis have nothing else to show to promote investment, except belly dancing."

The viral video comes even as Pakistan's economic situation continues to be in doldrums and countries such as China, the UAE and Saudi Arabia have given bailout packages to the cash-strapped country in a bid to tackle its ballooning balance-of-payments crisis.

The annual fiscal deficit of Pakistan rose to the highest in the last three decades at 8.9 per cent for the financial year 2018-19. The fiscal deficit is a difference between revenues and expenditures of the federal government.

The figure which depicts the dire situation of Pakistan's economy coincided with the completion of Imran Khan-led Pakistan Tehreek-e-Insaf (PTI) government which completed one year in power.

Mr Khan, who was elected on an anti-corruption plank and a pledge to end austerity measures, vowed to improve the depleting economic situation of the cash-strapped country.

In fact, the opposite has happened. In reality, prices of gas and oil products and electricity in Pakistan have risen considerably, burning a hole in common man''s pocket.

In May, the International Monetary Fund approved a bailout package of $ 6 billion for Pakistan. The cash-strapped country has received the first tranche of the loan worth $ 991.4 million from the global moneylender.