"The warehouse on fire is where ICRC stocks thousands (of) food parcels and 0.5 million" litres of oil, ICRC regional director Fabrizio Carboni said. 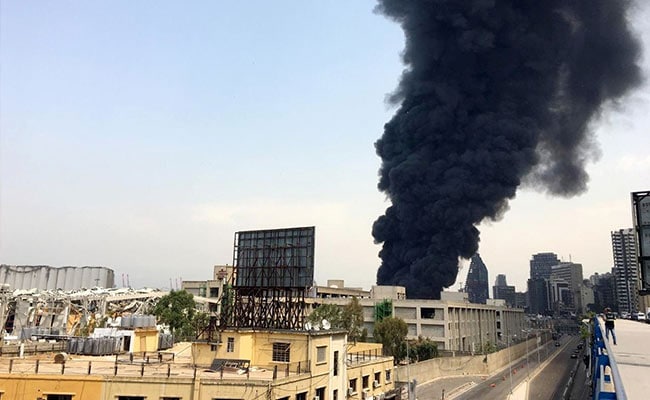 Thick black columns of smoke rose into the sky, as the army said it had engulfed a warehouse

The International Committee of the Red Cross Thursday said its humanitarian operations risked serious disruption as a fire at the Lebanese capital's port hit a warehouse containing its food aid.

"The warehouse on fire is where ICRC stocks thousands (of) food parcels and 0.5 million" litres of oil, ICRC regional director Fabrizio Carboni said.

"The extent of the damage still remains to be established. Our humanitarian operation risks to be seriously disrupted."

Lebanon's president said the fire at the port in Beirut could have been an "intentional act of sabotage, the result of a technical error, ignorance, or negligence".

"In all cases, the cause needs to be known as soon as possible, and those responsible held to account," President Michel Aoun said, according to his office.

The August 4 port explosion of hundreds of tonnes of ammonium nitrate killed more than 190 people, wounded thousands, and ravaged homes and businesses across much of the capital.