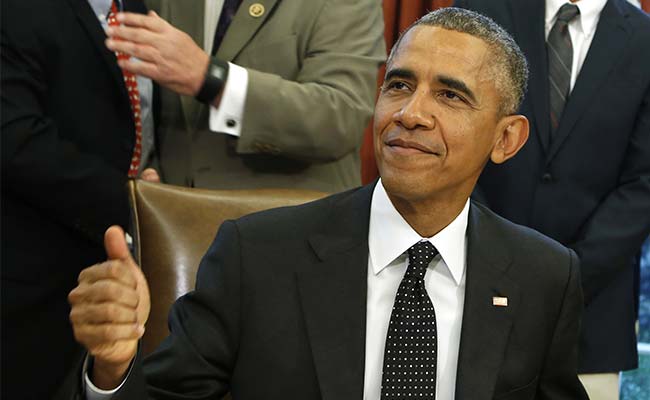 Obama held a telephone conversation with Prime Minister Shinzo Abe today morning, spokesman Yoshihide Suga said, adding that the pair agreed to work together on global economic issues in the wake of a stock market meltdown sparked by fears over China.

"President Obama said he was very sorry... as the case caused a big debate in Japan," Suga told a regular news conference, without confirming the spying claims. He added that Abe reiterated his "serious concern" over the case.

"Prime Minister Abe told (Obama) that, if the Japanese people concerned were subject to these activities, it would risk jeopardising trusting relations between allies," Suga said.

In an earlier conversation with US Vice President Joe Biden, Abe voiced similar concerns if the spying claims were confirmed.

Last month, WikiLeaks said it had intercepts revealing years-long espionage by the US National Security Agency (NSA) on Japanese officials and major companies.

Tokyo's response has been widely seen as muted compared to the anger expressed in France and Germany following similar NSA spying allegations.

Japan is one of Washington's key allies in the Asia-Pacific region and they regularly consult on defence, economic and trade issues.

Unlike German Chancellor Angela Merkel and French President Francois Hollande, Abe did not appear to be a direct target of wiretapping -- but other senior politicians were, according to WikiLeaks, including Trade Minister Yoichi Miyazawa.

Obama and Abe also discussed market turmoil that has seen a massive global equities sell off after China cut the value of its yuan currency in an apparent bid to boost exports, sparking fears of an economic slowdown and the subsequent impact on global growth.

"(Abe and Obama) will firmly work together on the economy issue," Suga said, without elaborating.

He added that Obama repeated Washington's support for Abe's speech on the eve of the 70th anniversary of the end of WWII in which he expressed regret but also said future generations need not apologise for Japan's war record.

"The president said he welcomed (Abe's remarks) as a whole," Suga said, referring to the speech earlier this month.
Allies including the United States and Britain supported Abe's statement, but China and South Korea said he failed to properly apologise for Tokyo's war time aggression.