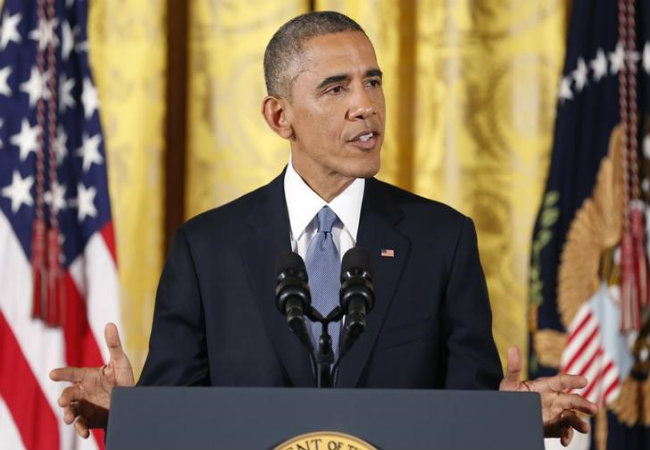 Following a week of racially charged protests in Baltimore, US President Barack Obama on Monday said that the residual effects of racism have built up over time and created inequality.

Speaking on one of the final episodes of the Late Show with David Letterman, Obama said the effects of slavery, Jim Crowe laws and discrimination in American history have left minority communities at a disadvantage.

"We don't have to accuse everybody of racism today to acknowledge that as part of our past. And if we want to get past that, everybody has to make a little bit of extra effort," Obama said.

Earlier in the day, Obama spoke at Lehman College in the Bronx where he announced the launch of My Brother's Keeper Alliance, a nonprofit organization that is a spinoff of a White House initiative to increase opportunities for young minority men.

Obama said black and Latino men feel disadvantaged, and he credited their sense of frustration about their lives and opportunities for the intensity of recent protests around the country.

"That sense of unfairness, powerlessness, people not hearing their voices, that's helped fuel some of the protests that we've seen in places like Baltimore, Ferguson and right here in New York," Obama said, referring to demonstrations that followed the deaths of unarmed black men after interactions with police.

Obama said he would continue to work on the issue after his presidency, a possible foreshadowing of his future involvement with My Brother's Keeper Alliance.

"We see ourselves in these young men," Obama said of himself and the leaders of My Brother's Keeper Alliance.

The nonprofit, to be headed by Joe Echevarria, former chief executive of consult firm Deloitte, will develop guidance for companies to increase access to jobs for racial minorities.

Companies including American Express Co, Pepsi Co, and News Corp have committed a combined total of $80 million in money and in-kind donations to My Brother's Keeper Alliance.

Promoted
Listen to the latest songs, only on JioSaavn.com
Rules around fundraising for My Brother's Keeper Alliance while Obama is still in office are likely to be scrutinized. Questions have been raised about the influence donors to the Clinton Foundation wielded while Hillary Clinton was Secretary of State.