Ahead of the deal with Netflix, the Obamas created a production company, Higher Ground Prods. 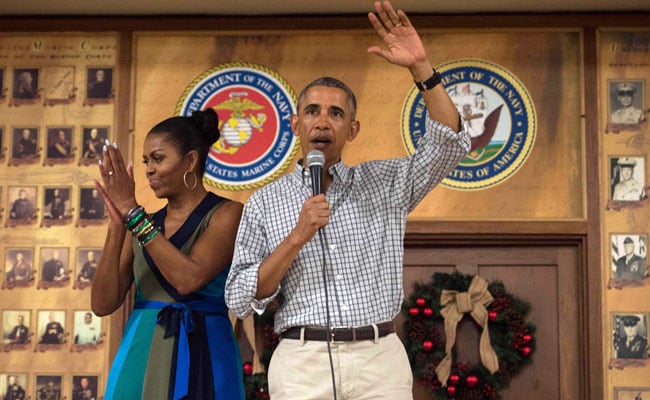 Netflix announced a production deal Monday with Barack and Michelle Obama that will see the former first couple create a wide range of content for the streaming service.

The deal, talks for which had first been reported in March, will encompass a wider range of formats than many analysts expected.

Among the content the Obamas will produce as part of the multi-year agreement are films and series, with scripted series, docu-series, documentaries and feature films all possibilities, Netflix said. Unscripted series - Hollywood's euphemism for reality TV - is also on the table. It is unclear whether the couple will appear in any of the movies or shows themselves.

"One of the simple joys of our time in public service was getting to meet so many fascinating people from all walks of life, and to help them share their experiences with a wider audience," said President Obama in a statement released by Netflix. "That's why Michelle and I are so excited to partner with Netflix - we hope to cultivate and curate the talented, inspiring, creative voices who are able to promote greater empathy and understanding between peoples, and help them share their stories with the entire world."

Ahead of the deal, the Obamas created a production company, Higher Ground Prods. The deal was not described as exclusive, opening up the possibility they could make shows or movies for other distributors.

Netflix released few details on the specific series and films the couple would work on. Like President Obama, though, Netflix suggested they would come in the social-good realm.

"Barack and Michelle Obama are among the world's most respected and highly-recognized public figures and are uniquely positioned to discover and highlight stories of people who make a difference in their communities and strive to change the world for the better," Ted Sarandos, the company's chief content officer, said in a statement. "We are incredibly proud they have chosen to make Netflix the home for their formidable storytelling abilities."

The deal follows other icons who have taken up Hollywood production since stepping back from the public eye, hoping to use content platforms to expand their reach. Kobe Bryant has launched a production company to focus on a range of live-action and animated program; in March, he took home an Oscar for a short he produced.

Other presidents have taken the book-writing and other similar routes, but few have engaged in partnerships of this scale.

Promoted
Listen to the latest songs, only on JioSaavn.com
"Barack and I have always believed in the power of storytelling to inspire us, to make us think differently about the world around us, and to help us open our minds and hearts to others," she said in a statement. "Netflix's unparalleled service is a natural fit for the kinds of stories we want to share, and we look forward to starting this exciting new partnership."

(Except for the headline, this story has not been edited by NDTV staff and is published from a syndicated feed.)
Comments
Barack ObamaMichelle Obama