Bangladeshi Cricketer's Wife Accuses Him Of Torture Over $12,000 Dowry

Mosaddek Hossain Saikat married his cousin Sharmin Samira Usha six years ago, has been included in the Bangladesh squad for the upcoming 50-over cricket tournament Asia Cup 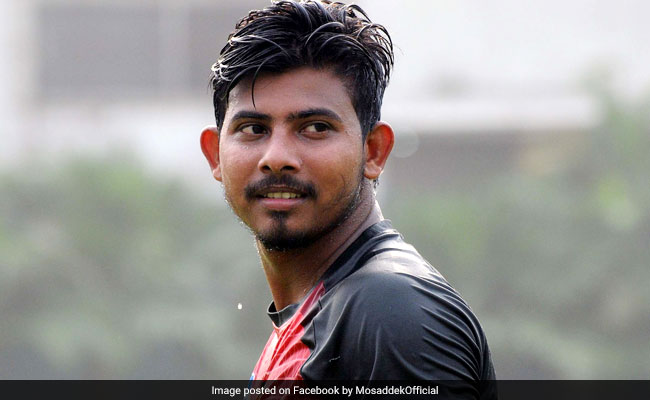 Bangladeshi cricketer Mosaddek Hossain Saikat's wife has accused him of driving her out of their home and torturing her over dowry, a media report said today.

Mosaddek Hossain Saikat, 22, who married his cousin Sharmin Samira Usha six years ago, has been included in the Bangladesh squad for the upcoming 50-over cricket tournament Asia Cup to be held from September 13-28 in the UAE.

Mosaddek Hossain Saikat has been torturing Usha for dowry for a long time, her lawyer Rezaul Karim Dulal alleged.

The report said that the cricketer did not immediately respond for comments on the case.

"They have been in disagreement since they married," the cricketer's brother Mosabber Hossain Moon said.

Mosaddek Hossain Saikat sent her a divorce letter on August 15 but she demanded more money than mentioned in the marriage documents, the brother claimed.

"She has started the case after spreading false and misleading information as she did not get the money," Mosabber Hossain alleged.