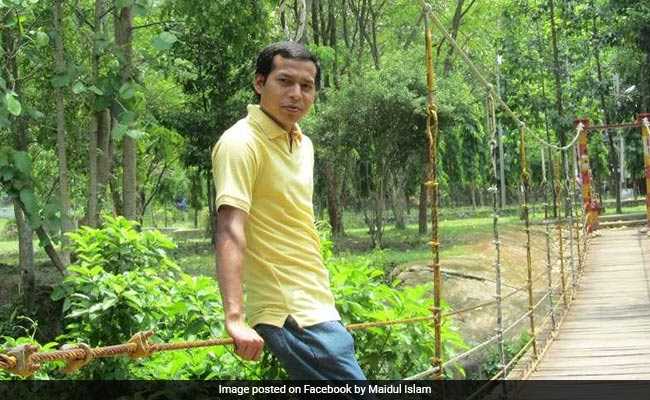 A Bangladeshi university lecturer has been suspended and detained for making allegedly derogatory remarks on Facebook about the prime minister, his lawyer said Wednesday.

A ruling-party activist filed a case against Maidul Islam under Bangladesh's notorious internet laws, which critics say are aimed at stifling dissent.

"He was sent to jail on Monday after he surrendered at a court in Chittagong," his lawyer Vulon Lal Bhowmik told AFP in the southeastern port city.

On Tuesday he was suspended by the state-run university, the lawyer and an official of the school said.

The arrest triggered protests by leftist groups who said they would organise a demonstration on Saturday.

It came weeks after a top Bangladesh photographer and activist, Shahidul Alam, was arrested and denied bail over charges he made false and provocative comments during the protests in August.

Alam had told Al Jazeera that the protests were the result of pent-up anger at corruption and an "unelected government... clinging on by brute force" that had looted banks and gagged the media.

He is also being investigated for allegedly violating Bangladesh's internet laws, enacted in 2006 and sharpened in 2013 in the country of 165 million people.

Alam -- whose work has appeared widely in Western media and who founded the renowned Pathshala South Asian Media Institute -- faces a maximum 14 years in jail if convicted, along with others detained during the protests.

Human Rights Watch on Tuesday said the law strikes a blow to freedom of speech, retaining the most problematic parts of the internet law and adding more provisions criminalising peaceful speech.

Morshed Hasan Khan was "suspended until further notice" from Dhaka University after he allegedly defamed Rahman, in an article published in a Bengali daily.

Teachers have been punished in the past for stances critical of the former president.

In August last year 13 high-school teachers were detained and remanded in custody ahead of a trial after being accused of sedition for remarks about him.