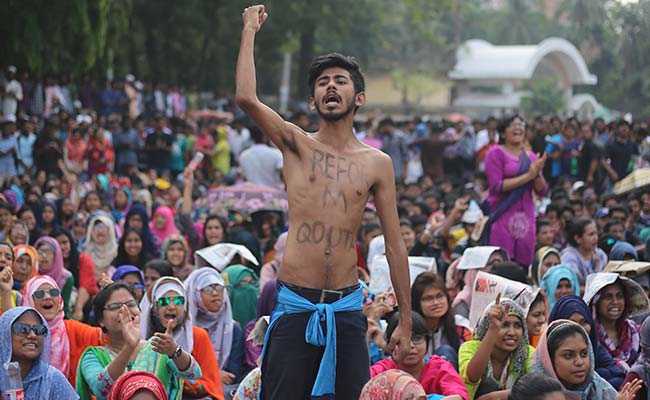 Bangladesh Prime Minister Minister Sheikh Hasina on Wednesday announced she will be abolishing the quota system for government jobs. The decision is being viewed as a victory for tens of thousands of students and job-seekers who came out in protest against the reservation policy for special groups. This was one of the biggest protests that Bangladesh witnessed during Ms Hasina's decade-old rule and such united mass protests is rarely seen on such a scale in the country. As protesters swelled the streets of Dhaka, the police responded with rubber bullets and tear gas, leaving close to a hundred people injured, police said.

10 Facts About Bangladesh Protest Against Reservations In Government Jobs:

1. According to the Bangladesh government's existing quota system, 56 per cent of jobs in the public sector are reserved for children of freedom fighters, women, ethnic minorities, people with disabilities and citizens of some backward districts. The protesters have been demanding the quota to be reduced to 10 per cent.

2. The protesting students and job-seekers also demanded that a job applicant should not be given privilege of a quota more than once. 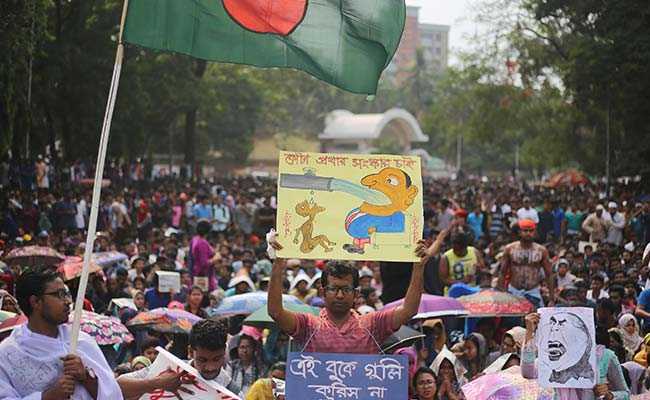 3. In Dhaka, chanting mobs of students blockaded major roads and swarmed Dhaka University, bringing traffic to a standstill in the congested capital of 15 million.

4. "We believe this is injustice. These special groups represent only two per cent of the population while the remaining 98 per cent of people fight for 44 per cent of jobs," a protesting student was quoted as saying by news agency IANS.

5. "These job quotas are discriminatory. We want equal opportunities for all," protestor Nur Mohammad, who said he missed out on a coveted government job because of the allocation system, was quoted as saying by news agency AFP. 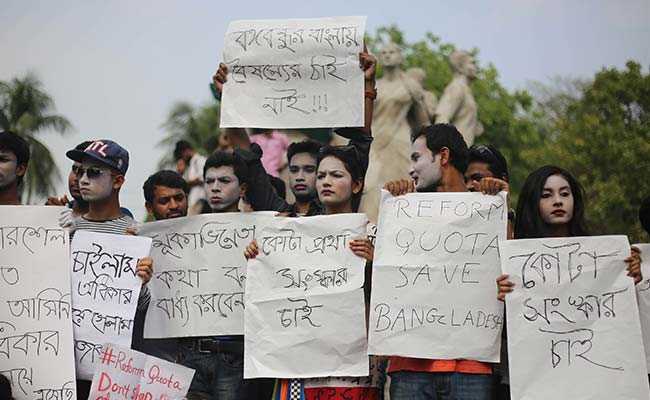 6. After the furious protests, Bangladesh Prime Minister Sheikh Hasina while addressing the Parliament said, "The quota system will be abolished." She also called the protests "irrational" after the government had already made assurances regarding the demonstrators' demands, she said.

Promoted
Listen to the latest songs, only on JioSaavn.com
7. A group of protestors broke into the Dhaka University vice-chancellor's campus residence, forcing his panicked family to go into hiding. The Prime Minister condemned this attack and said those who masterminded and perpetrated the assault would be punished accordingly. 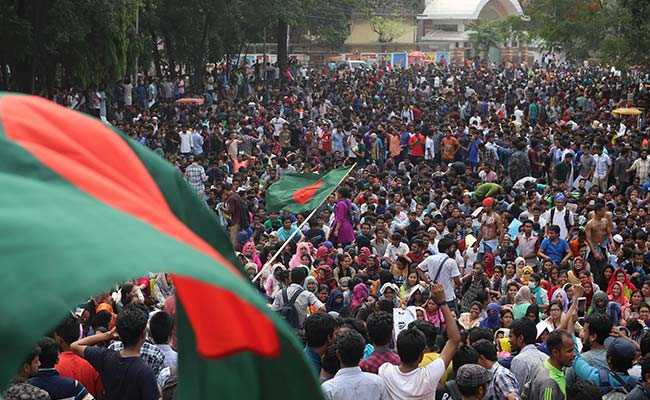 The police countered the angry protests with rubber bullets and tear gas. (AFP)

8. Ms Hasina questioned the intent of the students and job-seekers who continued with the demonstrations after the government promised to examine the quota system.

9. "We must have justice for this vandalism and looting. We will find out those who were involved and the students must help us do so," Ms Hasina said.

10. Sheikh Hasina -- whose father Sheikh Mujibur Rahman was the architect of the Bangladesh's independence from Pakistan -- has in the past rejected demands to slash the quotas.

"Shaun The Sheep" To Be Onboard NASA's Artemis Mission To Moon: Report