At Least 16 Killed, Dozens Injured In Explosion At Bangladesh Mosque

Bangladesh Mosque Blast: Worshippers were at Friday evening prayers when the blast sent a ball of flames through the mosque in the central district of Narayanganj, emergency services said. 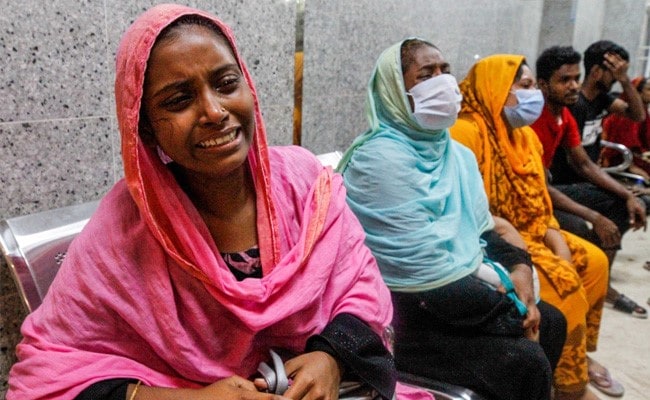 Bangladesh Mosque Explosion: Police said at least 45 people were injured by the blast.

Worshippers were at Friday evening prayers when the blast sent a ball of flames through the mosque in the central district of Narayanganj, emergency services said.

Investigators suspected a spark from an air conditioner -- which came on after a power cut -- set off the gas.

"When they shut the windows and doors and switched on the air conditioners there was an electricity spark that led to the explosion inside the mosque."

The 16 who died were among 37 taken to a specialist burns hospital in Dhaka, said hospital spokesman Samanta Lal Sen.

He added that the condition of the remaining 21 patients was "very critical" and all had suffered 70 to 80 percent burns.

Police said at least 45 were injured by the blast and that people had spoken of smelling a gas leak.

In Bangladesh, safety regulations are often flouted. Hundreds are killed each year in fires in the nation of 168 million people.

In February last year, an inferno in Dhaka's old quarter killed 78 people. One month later, 25 people were killed when a blaze engulfed a Dhaka office block.