Baby Frozen To Death Haunted US Town For 38 Years. Mother Now Being Tried

The crime would become infamous in Sioux Falls, only the second homicide in the small city in 1981 and one of only a handful of unsolved cold cases. 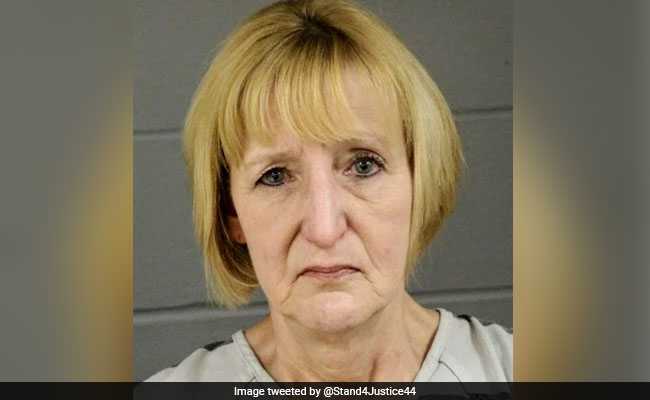 After DNA and genealogy tests over 38 years, Theresa Bentaas was identified as the mother.

From far away it looked as if a bottle of red wine had been spilled along the icy gravel, an image Lee Litz would not soon forget.

He was test-driving a Jeep near a cornfield on the outskirts of Sioux Falls, South Dakota, when he saw it: a deep red blanket protruding from a ditch. It struck Litz as peculiar that afternoon, Feb. 28, 1981, and so he pulled the car over and stepped out into the dirt and the cold. He knelt down to see what it was, as he later recounted to the Argus Leader.

In the blanket, he found a baby - with tears frozen on his cheeks.

By the time Litz found him, the baby had been lying in the ditch for roughly 24 hours, the coroner would soon rule. The boy lived for about two hours before freezing and bleeding to death, the coroner found. His umbilical cord had not been cut. The placenta was still attached. The blanket was covered in blood.

"To see a child thrown away like that - how could someone do that?" Litz told the Argus Leader as the 35th anniversary of the crime neared, when police still had no idea who had left the baby in the ditch.

The crime would become infamous in Sioux Falls, only the second homicide in the small city in 1981 and one of only a handful of cold cases that would remain unsolved for years, frustrating detectives as all the leads dried up. In the immediate aftermath of the baby's death, the community mourned him as if he were its own child, the Argus Leader reported in 1981. They gave him a name, Andrew John Doe. They gave him a funeral and a casket, decorated with carnations and a pin on his pajamas that said "You are loved." They even gave him toys, a stuffed black poodle and a tiny teddy bear, which would be buried with the child at a ceremony attended by dozens, including Litz.

Litz would return to the grave year after year, never shaking the feeling that "somebody got away with murder," he told the Argus Leader.

Investigators didn't want to believe it, and spent years continuing to hunt for the person who left the baby to die.

On Friday, the Sioux Falls Police Department announced that they believe they've found her.

After all these years, she was still living in Sioux Falls.

Police arrested Theresa Bentaas, on Friday after DNA and genetic genealogy identified her as the the baby's biological mother, Detective Michael Webb said at a news conference. She was charged with first-degree murder, second-degree murder and manslaughter and booked on $250,000 bail.

Her husband, found to be the baby's father, was not charged in the case, Webb said. In interviews, police learned that the father didn't know about his dead child. Bentaas told police she was "young and stupid," and had kept the pregnancy a secret from family and friends, according to an affidavit cited in the Argus Leader. She had the baby alone in her apartment, she told police, before driving to the South Sycamore Avenue ditch.

She said she had seen the news coverage in 1981 about the baby's funeral, attended by about 50 strangers, but that she did not want to believe that was her baby. She was "in denial," she told police, according to the affidavit. She was not among those who attended the baby's funeral, Webb said. She and her husband now have two living adult children, the Argus Leader reported.

"I know it sounds cliche, but we don't quit on these," Webb said. "We don't forget about these cases. We never do. About 10 years ago, we started taking a new look at this case to see what we could do, given advancement in technology and DNA."

Back in 1981, Webb said police "ran out of leads very quickly." Women identified as possible suspects by tipsters either turned out to be still pregnant, or they answered the door with a baby in their arms, easily ruling them out as culprits. Despite continued media attention on the case over the years, it wasn't until 2009 that the investigation really took a turn.

That year, Webb decided to exhume the baby's body, which was the only way forward he saw in the case.

He had learned of a new DNA initiative at the University of North Texas in Denton, in which forensic experts could extract DNA from unidentified victims' bones. The university agreed to help Webb with the Baby Andrew case, as it came to be known in the newspapers.

But once Webb had a DNA profile for the baby, he couldn't do much with it. The DNA didn't match anyone's profile in a federal database known as CODIS, which stores the fingerprints of convicted criminals nationwide. He checked the database every year for 10 years. Finally, in January, a greater advancement in technology presented a new opportunity to Webb: genetic genealogy.

"This was the first tip in 38 years that got us anywhere close to the baby's identity," he said.

In recent months and years, genetic genealogy has revolutionized how police crack decades-old cold cases. The technique, which blends DNA analysis with traditional genealogy, has led to numerous high-profile cold case arrests, including the alleged Golden State killer. Experts at private labs take advantage of public genealogy websites such as GEDMatch, where people submit their DNA to build their own family tree or identify long-lost family members. The idea is to identify an unidentified suspect or victim by matching their DNA with family members who agreed to make it available on the public websites.

In this case, Baby Andrew's apparent family members were all from Sioux Falls, Webb said.

"We were able to continue to build that family tree through old birth announcements, old marriage announcements," Webb said. "We started putting the pieces together. We always felt like our suspect must have been a fairly young individual."

According to the affidavit, police went digging in her trash to find beer cans and cigarette butts to test her DNA. Sure enough, it was linked to Baby Andrew's.

They knocked on her door on Feb. 27. It would have been Baby Andrew's 38th birthday.

"We went out there on that date for a reason," Webb said.

The news of Bentaas's arrest came as a relief to Litz, who had spent years agonizing over memories of the dead baby lying in the ditch.

"I think about what he'd be doing today if he was around and would have had a chance," he told local ABC affiliate KSFY on Friday.

He came to view the boy as one of his own, a "long-lost son" deserving of just as much love as his own children. His daughter, Crystal Oestreich, told KSFY she grew up treating the baby like her own brother too, accompanying her dad to the marble gravestone every so often.

On Friday, they went back again, she said, and left him a sock monkey and a teddy bear.