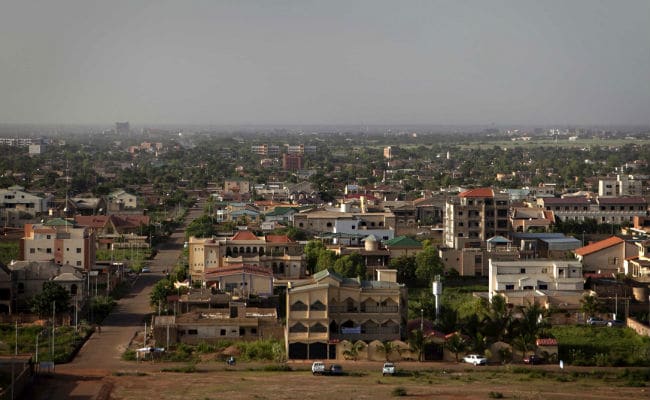 For year, the couple have operated a 120-bed clinic in the town of Djibo near Burkina Faso's border with Mali.

NIAMEY, Niger: An elderly Australian woman kidnapped with her husband in Burkina Faso by a group affiliated to Al Qaeda has been freed, neighbouring Niger's President Mahamadou Issoufou said on Saturday.

Issoufou presented the woman, Jocelyn Elliott, at a news conference in Dosso, southwestern Niger, and said authorities were intensifying efforts to secure the release of her husband.

The pair were seized on January 15.

Al Qaeda in the Islamic Maghreb said on Friday it had kidnapped the couple and would release the woman unconditionally due to public pressure and guidance from al Qaeda leaders not to involve women in war.

The circumstances of her release and how she arrived in Niger were not immediately clear.

For over 40 years, Dr. Ken Elliott and his wife, who are in their 80s, have operated a 120-bed clinic in the town of Djibo near Burkina Faso's border with Mali.

Their children in Australia said they were "deeply grateful for the safe release of our mother Jocelyn".

"We are trusting that the moral and guiding principles of those who have released our mother will also be applied to our elderly father who has served the community of Djibo and the Sahel for more than half his lifetime," they said a statement.

Australian Prime Minister Malcolm Turnbull thanked the governments of Niger and Burkina Faso for their assistance and confirmed that his government had spoken to Jocelyn Elliott following her release.

The Elliotts were abducted from the town the same day al Qaeda fighters raided a restaurant and hotel in Burkina Faso's capital, Ouagadougou, and killed 30 people, many of whom were foreigners.
© Thomson Reuters 2016
Comments
Australian Couple KidnappedDr Ken ElliottJocelyn ElliottBurkina Faso Kidnapping