The rocks in question are stromatolites situated in the Pilbara Craton of the region. 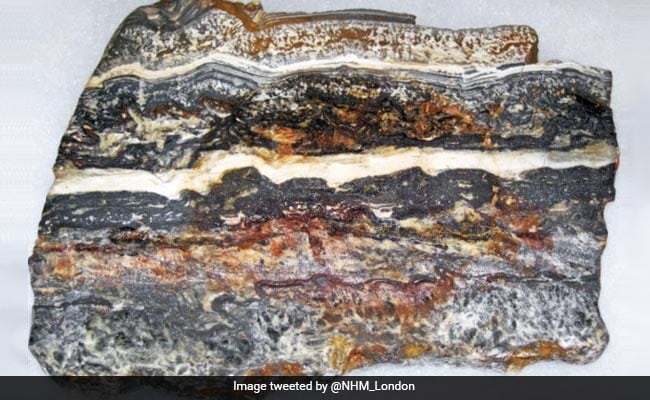 Stromatolites form distinctive structures that can be recognised in the rock.

Scientists have recently discovered that the layered rocks found in Western Australia have been formed by some of Earth's earliest known life. The rocks in questions are stromatolites situated in the Pilbara Craton of the region. These rocks are formed by the excretions of photosynthetic microbes, and till now scientists believed that the earliest known stromatolites date back 3.43 billion years. But new research has found 3.48-billion-year-old rocks in the same region. The discovery holds importance as it will help space scientists in their quest to find signs of life on Mars, which has similar rock formation.

"The biological structures found in the Dresser Formation are known as stromatolites, which are the preserved remains of 'microbial mats' stacked on top of one another. These mats form when communities of bacteria and other microbes secrete sticky substances that bind them together," the Natural History Museum in the UK said in a press release. Dr Keyron Hickman-Lewis of the museum was part of the study, which has been published in the journal Geology.

Mr Hickman-Lewis, a paleontologist, said, "If an archaeologist discovered the foundations of a ruined city, they would nonetheless know it was built by people because it would bear all the hallmarks of being built by people - doorways and roads and bricks."

This is the oldest evidence of #LifeOnEarth dating to 3.48 BILLION years ago🤯

Scientists have been looking at rocks from 🇦🇺 for evidence of life, in the hope that the same methods can be applied to rocks from #Mars.

Find out how we might detect ancient life on Mars (1/4)🧵 pic.twitter.com/QG5SplaORT

He added, "In very much the same way, there are numerous structural elements integral to stromatolites that allow us to identify their processes of formation and decode their origins. We can almost be archaeologists in deep time."

The latest discovery can help in analysis of Martian samples that will be brought back to Earth in the 2030s. Currently, the Perseverance rover is exploring the surface of the Red Planet near the Jezero crater. Space scientists believe that billons of years ago, the crater hosted a lake.