The shocking medical mishap was first reported this week in an investigation by the Australian Broadcasting Corporation into problems at regional hospitals in Australia. 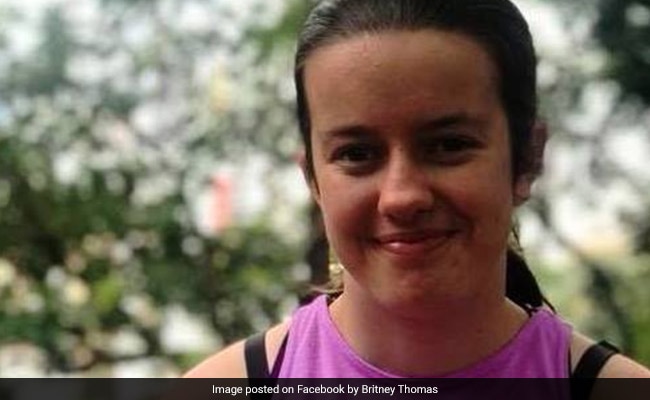 The hospital's mistake left Britney Thomas with severely limited use of her left hand.

After Britney Thomas, a 17-year-old Australian cricket player, fractured her thumb during a game, doctors in April 2018 reassured her that a simple surgery and a short recovery in a hard plaster cast would soon have her back on the pitch. So Thomas expected a routine procedure at Latrobe Regional Hospital, a medical center about two hours from Melbourne. After repairing the bone, doctors sent her home.

Six days later she was back in excruciating pain, and when the doctor peeled off her cast, she was horrified to see a totally dead thumb. She'd soon learn that thanks to an error by the hospital, the thumb would need to be amputated - and replaced with her toe.

The shocking medical mishap was first reported this week in an investigation by the Australian Broadcasting Corporation into problems at regional hospitals in Australia, where routine injuries have had dire consequences for patients. Doctors at other hospitals have ignored necrotic infections and misplaced breathing tubes, leaving patients severely disabled or even dead, the channel reported. The series has spurred several regional hospitals to publicly account for shortcomings.

Thomas' gruesome case came after she played in a cricket match in Hong Kong in late March 2018, when she split a bone in her left thumb. An orthopedic surgeon corrected the fracture in a routine surgery, then set the injury in a plaster cast.

When the teen returned days later with intense pain in her hand, the doctor found her thumb was swollen and dark purple. The problem was obvious: It was still bound with an elastic tourniquet mistakenly left in place after the surgery.

"They pulled the plaster off and it was very dark, looked very dead," Leanne Keating, Thomas's mother, told a reporter the ABC.

The prognosis shocked Thomas, who keeps her cricket trophies on her bedroom dresser and dreamed of becoming a professional player.

"They took me into emergency and they were like, 'Oh, you're probably going to lose your thumb,'" Thomas told ABC. "I was in so much disbelief."

Most of her thumb had died, she learned. Doctors first applied leeches to try to encourage blood to return to the dead tissue and then sewed it to Thomas' groin in hopes of restoring the thumb's blood flow and nerve response. Eventually, a surgeon amputated the maimed appendage, then cut off Thomas' big toe to replace it.

"People ask me, they're like 'Oh why does your thumb look so weird?'" Thomas told ABC reporter Louise Milligan. "And I'm like, 'Because it's not my thumb, it's my toe."

The hospital's mistake left Thomas with severely limited use of her left hand. Her foot had to be significantly altered in surgery, too. To replace Thomas' big toe, doctors took a piece of her hip and created a new bone for her foot.

"It was a really basic, gross error of leaving the tourniquet on," Ballantyne told The Post.

Latrobe Regional Hospital is the main medical facility in the Gippsland region of southeastern Victoria, Australia, where Thomas lives. Ballantyne says it is the regional hospital where most people go for serious medical treatments such as chemotherapy or orthopedic surgery, unless they travel all the way to Melbourne.

Latrobe Regional Hospital later launched an investigation that found the surgical team had checked a box indicating the tourniquet had been removed, but it had not. Hospital officials did not immediately return a request for comment, but the hospital's chief executive, Peter Craighead, spoke to ABC.

"I felt sick in the stomach," he said. "It's very devastating, you know, that you see something happen like that."

Thomas, meanwhile, missed so much class during her medical crisis she dropped out of school. She can hardly hit a cricket ball now.

"I couldn't grip the bat," she said, while showing a reporter how her toe-turned-thumb cannot bend at the knuckle.

(Except for the headline, this story has not been edited by NDTV staff and is published from a syndicated feed.)
Comments
AustraliaAustralia cricketer