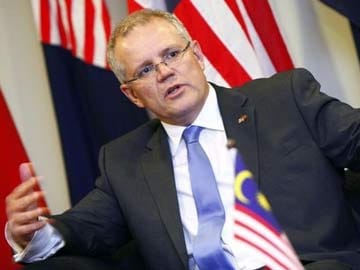 An investigation by Fairfax Media claimed that up to 90 percent of skilled migration visas may be fraudulent, while more than nine in 10 Afghan visa applicant cases involved "fraud of some type".

The news group, which publishes the Sydney Morning Herald and The Age, cited secret government files which it said detailed the issues and showed "entrenched immigration department failings".

It claimed allegations of fraud and crime networks running migration scams were not properly investigated because the department did not have enough resources.

Mr Morrison said the issues related to when the former Labor government was in office, but ordered urgent answers from his own department.

"The government takes its responsibilities to ensure the integrity of our immigration programme very seriously," he said.

"Given the government's strong commitment in this area, I have sought an urgent report from my department on these matters and will consider what further action is then necessary after receiving this initial response."

He added in an interview with Fairfax Radio that ensuring the integrity of the country's skilled migration programme was as important as stopping asylum-seeker boats.

"It's an important programme for Australia, to have proper, skilled migration to Australia through a process with integrity so people can come the right way and don't rort (abuse) it," he said.

"I'm as serious about that as I am about stopping the boats."

Since coming to office last September, the conservative government has put in place hardline and controversial policies on illegal boat arrivals.

Asylum-seekers arriving by sea are now sent to Papua New Guinea and Nauru in the Pacific for processing and denied resettlement in Australia even if found to be genuine refugees.

Among revelations in the documents was a migration crime network involving a facilitator with suspected Pakistan terrorist links, along with "migration agents, employers and education providers who are linked to a significant level of organised fraud and crime", Fairfax said.

They also revealed a Somali people-smuggling cell linked to an overseas terrorism suspect that has got dozens of people into Australia through a passport-swapping scam.

Promoted
Listen to the latest songs, only on JioSaavn.com
Fairfax said those involved in that case were not pursued due to a lack of interest and resources among police.

The leaked files showed that tens of thousands of immigration fraudsters were living freely after being assisted by crime networks exploiting weaknesses in working, student, family and humanitarian visa programmes, it claimed.
Comments
Immigration MinisterAustralia