"Pack your bags," Australian Prime Minister Scott Morrison told potential visitors, adding, "Don't forget to bring your money with you, because you'll find plenty of places to spend it." 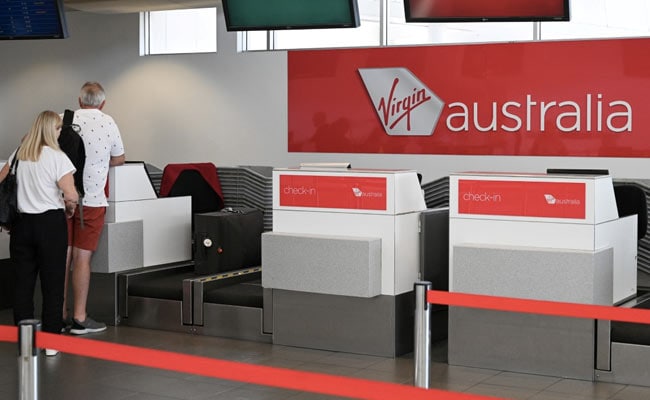 "The wait is over," Australian Prime Minister Scott Morrison said during a press conference on Sunday ahead of the re-opening.

"Pack your bags," he told potential visitors, adding, "Don't forget to bring your money with you, because you'll find plenty of places to spend it."

The first flight into Sydney Airport will arrive from Los Angeles at 6 am (1900 GMT), followed by arrivals from Tokyo, Vancouver and Singapore.

Only 56 international flights are expected to land in Australia in the 24 hours after the re-opening -- far below pre-pandemic levels -- but Morrison said he had "no doubt" the number will scale up in time.

Australia closed its borders to almost everyone except citizens and residents in March 2020 in an attempt to slow surging Covid-19 case numbers.

The travel ban -- which also barred citizens from travelling overseas without an exemption and imposed a strict cap on international arrivals -- earned the country the nickname "Fortress Australia".

Every month under the policies has cost businesses an estimated Aus$3.6 billion (US$2.6 billion), according to the Australian Chamber of Commerce and Industry, with tourism particularly hard hit.

Tony Walker, managing director of Quicksilver Group, which operates cruises, diving excursions and resorts across the Great Barrier Reef, told AFP he was "very excited about being able to re-open".

International tourists "make up around 70 percent" of business for tourism operators on the reef, Walker said, making the two-year border closure "incredibly difficult".

During the pandemic, his company had to reduce its employees from 650 to the 300 it has today.

Morrison on Sunday said tourism had "really borne the brunt of this Covid pandemic" and he thanked the sector.

"It's been tough, but Australia is pushing through," he added.

No west just yet

Western Australia will not re-open to international travellers on Monday, holding off until March 3.

Until recently, the state had pursued a strict Covid-zero policy, cutting itself off from the rest of Australia.

The decision sparked lawsuits -- and the observation it was easier for Australians to travel to Paris than Perth -- but proved popular with West Australians.

Announcing the re-opening date for triple-vaccinated travellers, state Premier Mark McGowan said "there comes a point where the border is redundant, because we'll already have the growth of cases here".

Morrison welcomed Western Australia's re-opening and defended his own decision to shut Australia's borders to the world for two years.

He said it "was incredibly important and that helped us achieve in this country what few others could around the world. We have one of the lowest rates of death of Covid in the world."

While the Australian government has launched a Aus$40 million advertising campaign to lure tourists back, the Australian Tourism Export Council warned this week that "there are worrying signs consumers are wary of travelling here with confusion over our various state travel restrictions and concern about snap border closures".