Australia offers support for US strike in Syria 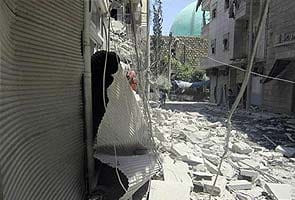 Wellington, New Zealand: Australia is offering moral support for a US military strike in Syria while New Zealand says it needs more information after US Secretary of State John Kerry personally called each country's foreign minister.

Kerry has been trying to secure at least some international support for a potential US strike after accusing the Syrian government of launching a chemical weapons attack.

New Zealand Prime Minister John Key said Kerry called Foreign Minister Murray McCully over the weekend and that New Zealand wants to assess all steps taken ahead of a strike before stating its position.