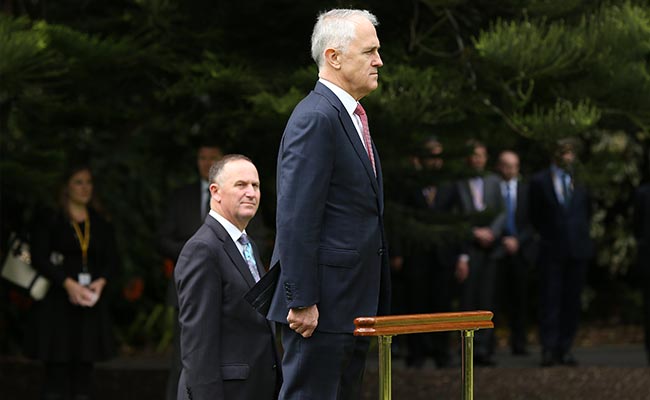 Malcolm Turnbull reiterated there were no plans to change Australia's military tactics against Islamic State, despite some politicians calling for troops to be sent to Syria.

In a national security address to parliament, Turnbull called for greater intelligence sharing with the leaders of Southeast Asian countries such as Indonesia, Malaysia and Singapore to which Australians are frequent visitors.

"From an Australian perspective, we see a real risk that terrorist groups in the region might be inspired by attacks such as we have seen in Ankara, Beirut, Bamako and Paris and we are very mindful of the fact that hundreds of thousands of Australians visit Southeast Asia every year, for business, study or holidays," he said.

Australia suffered its worst peacetime attack on its citizens on the Indonesian tourist island of Bali in 2002, when two Islamist suicide bombers set off explosives at packed nightclubs killing 202 people, including 88 Australians.

Turnbull today ordered Australian law enforcement officials to test their readiness for a mass casualty attack in the wake of the November 13 Paris attacks which killed 130 people.

Australia is conducting air strikes against Islamic State as part of a US-led coalition, which has led to threats of retaliatory attacks.

"I have ... asked that our law enforcement agencies test their responses to a mass casualty attack," Turnbull said.

"This work is in addition to the extensive reform of our national security laws.... These laws ensure our agencies have all the tools required in the effort to keep us safe."

Turnbull reiterated there were no plans to change Australia's military tactics against Islamic State, despite some politicians calling for troops to be sent to Syria.

Australia has been on heightened alert for attacks by home-grown radicals since last year.

In September, police shot dead a Melbourne teenager after he stabbed two counter-terrorism officers. Last December, two hostages were killed when police stormed a central Sydney cafe to end a 17-hour siege by a lone gunman, who was also killed.

Last month, a 15-year-old British boy was sentenced to life in prison for inciting an attack on a World War One commemorative event in Australia from his bedroom in northern England.

The discovery sparked a massive police operation in Melbourne that led to the arrest of five teenagers who were planning an Islamic State-inspired attack, authorities said.

About 120 Australians are believed to be fighting with Islamic State and other militant groups in Iraq and Syria, with several believed by intelligence agencies to hold leadership positions in Islamic State.
© Thomson Reuters 2015