At the political centre, Obama at crossroads? 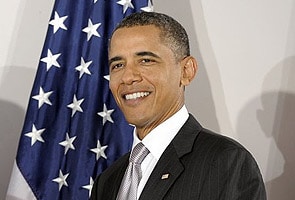 Washington: After a restful Christmas break, US President Obama returns to face a new reality in Washington.

As a new session begins, Obama faces a Congress that is likely to be unusually combative, given the deep political gulf between Republicans and Democrats, and the restoration of some balance in the power equation, with the House of Representatives having shifted from Democratic to Republican control after the disastrous November midterm elections.

In the Senate, Democrats lost six seats and hold a reduced majority of 53 to 47. Emboldened Republicans have pledged to derail President Obama's agenda, starting by repealing health-care reform and cutting government programs.

According to the new House Speaker John Boehner, "Our spending has caught up with us and our debt soon will eclipse the entire size of our national economy. Hard work and tough decisions will be required of the 112th Congress. No longer can we fall short. No longer can we kick the can down the road. The people voted to end business as usual and today we begin to carry out their instructions."

Over the past two years, Democrats needed to win over just a couple of Republicans to overcome a filibuster, a process where a Senator can go on speaking, in theory indefinitely, to block a bill. To end a filibuster, 60 out of the Senate's 100 members must sign on.

In the new Senate, the Democrats will need at least seven Republicans to prevent even a single Republican member who is deeply opposed to a measure from blocking it in the Senate.

Bipartisanship is clearly the need of the hour. The question is whether the new Congressional leadership will be able to rise to the occasion, and seek the intelligent compromises that make for sound government policy.

President Obama certainly hopes so. "My expectation, my hope, is that (House Majority Leader) John Boehner and (Senate Republican leader) Mitch McConnell will realise that there will be plenty of time to campaign for 2012 in 2012, and that our job this year is to make sure that we build on the recovery," he said.

In December's lame-duck session, Obama scored significant victories when both parties looked beyond rhetoric to pass a tax-cut bill, extend unemployment benefits and ratify a nuclear arms treaty with Russia, leading President Obama's job approval rating to crawl back to 50 percent for the first time in seven months.

Obama now hopes to build on this momentum. It is worth noting that two of President Obama's predecessors - Ronald Reagan and Bill Clinton - actually saw substantial improvements in their ratings after their parties had lost Congressional elections.

Two years ago, the United States elected a man with no executive experience, and only two years in national politics, as its President, giving Barack Obama the biggest break of his career. Today, the country has presented him with its greatest challenge. Obama will need to use this mid-point to bring together a country that has been too divided, politically, for too long, and to forge agreement on how to tackle challenges where the only agreement thus far has been on their enormity, if history is to judge him worthy of trust that was reposed in him in the last election.
Comments
USABarack ObamaObama politics