At Least 34 killed in Three Bombings in Baghdad 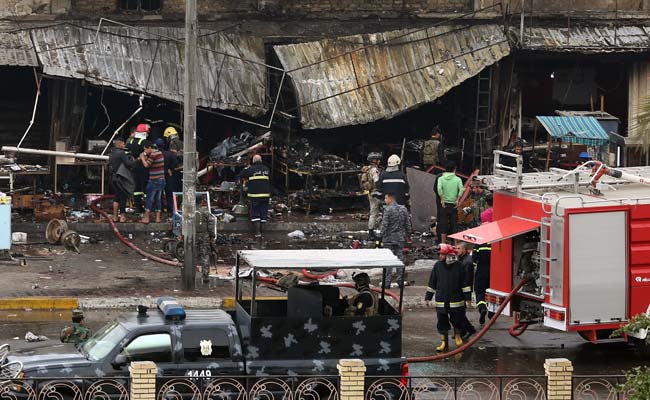 File Photo: Security forces inspect the site of a twin bombing at a crowded market in Baghdad, Iraq on Friday. (Associated Press)

At least 34 people were killed in three bombings around Baghdad today, police said, hours before the government was due to lift a long standing night time curfew on the capital.

At least 50 people were wounded in the blasts, the officials said.
In the first attack, a suicide bomber detonated his explosive belt inside a restaurant in the Shi'ite neighbourhood of New Baghdad, leaving 22 dead, police told Reuters.
In the second attack, two bombs ripped through the bustling Sharqa market district, killing 10 people.
In a third attack, a bomb killed two and wounded another seven in the Shi'ite section of Abu Sheir in Baghdad's Dura neighborhood, police said.
The interior ministry spokesman Brigadier General Saad Maan said he did not believe the blasts were linked to the decision to lift the curfew.
The Iraqi government announced on Thursday that the decade old curfew in the capital would end at midnight and that four neighbourhoods would be "demilitarised".
The moves are part of a campaign to normalise life in Iraq's war blighted capital and to persuade residents that Baghdad no longer faces a threat from Islamic State, the militant group which seized large areas of northern and western Iraq last year.
Some form of curfew has been in place since the US led invasion to topple Saddam Hussein in 2003, hindering commercial and civilian movement. The midnight to 5 am, local time, curfew has been in place for more than seven years.
© Thomson Reuters 2015
Promoted
Listen to the latest songs, only on JioSaavn.com