At 99, She's Worked For 4 Presidents And Says She Likes Them All

In a city bitterly divided along partisan lines, Louise Griffin is absolutely nonpolitical and insistently optimistic. She's worked for four presidents and thinks it's a privilege to be part of history, whoever is in office. 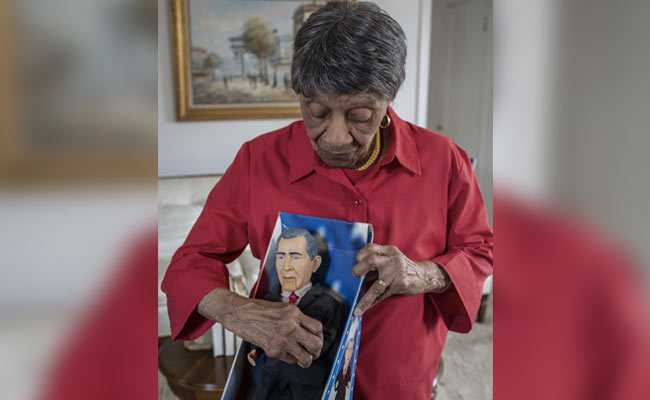 Let's say you decide to call the White House and weigh in on the issues of the day. Chances are you may be on hold for a while, but when the line finally picks up, you'll be greeted by a soothing voice to take your comment.

If you are really lucky, you'll get Operator 16, who is not allowed to give her name. But we'll let you in on a secret: That's 99-year-old Louise Griffin, who's been volunteering at the executive mansion for 26 years.

Officially, she's supposed to stay on the line with you for only two minutes, taking notes that will be passed on to her supervisor and maybe even the Oval Office. Most of the callers these days are phoning in to compliment President Trump.

"Well, most of them love him, so when they call they're telling you that they really enjoy him," she says. But sometimes, if a caller is mad about an issue or just annoyed about sitting on hold, Griffin will allow them to go on for more than the allotted time. "If I see that they need help with something, I'll let them talk longer. And sometimes you can calm people down by helping. I have had them tell me, 'You have helped me so much, and I am so happy that I got you.' It's a huge compliment."

In a city bitterly divided along partisan lines, Griffin is absolutely nonpolitical and insistently optimistic. She's worked for four presidents and thinks it's a privilege to be part of history, whoever is in office.

"You meet different people from all over the world," she says. "And it was so nice to know and hear what they had to say and how wonderful they thought it was. You know, there's nothing like being in the White House. Really." 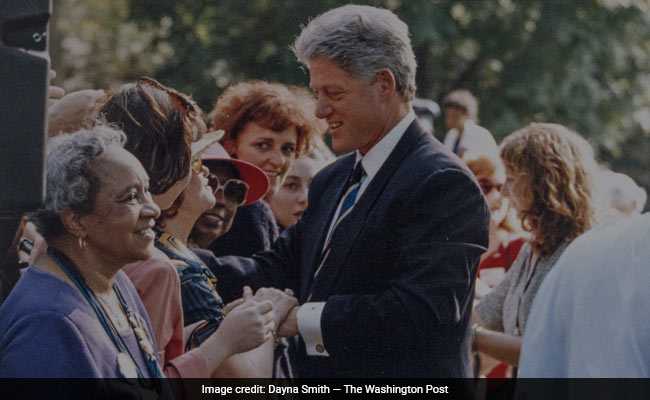 Griffin was born on Dec. 18, 1919, and has spent her entire life in Washington. The fifth of six children, she decided she was going to be a teacher when she was in fourth grade.

"I loved my elementary school teachers," she says. "We had penmanship teachers when I was coming along and my teacher would allow me to do her roll book. And I said, 'Oh, that's nice of you.' Ever since I wanted to be a teacher."

There was a stint working for the Department of the Army during World War II, a few years at Howard University studying for her master's in education, then a career as a teacher and an assistant principal in D.C. public schools, plus marriage and three kids.

It was, she says, a good life. Retirement, however, was not what she expected. Griffin was - well, let's just say it - a little bored.

She ran a small catering business, took a calligraphy class at Catholic University, did a lot of puzzles. In 1993, when the Washington Calligraphers Guild announced that the White House needed more volunteers, Griffin raised her hand.

Apart from the West Wing political operatives who get so much media attention and then move on, the White House relies on lifelong employees and unpaid volunteers who do the behind-the-scenes work that ensures the executive mansion remains an American landmark. It's a calling, more patriotic than partisan, and Griffin was thrilled to be part of it.

She showed up three or four days a week; she was so good that her supervisors vied to keep her in their offices.

Her first assignment was reading mail, not using her gorgeous handwriting. She worked on inaugurations, the annual Christmas tours, Easter Egg Rolls. She addressed greeting cards and other correspondence. The only thing she didn't enjoy much was taking RSVPs for state dinners, where she discovered a little something about ambitious people.

Along the way, she met Bill Clinton and George W. Bush but not Barack Obama or - so far - Trump. Because much of the volunteer work involves the East Wing, she has photos with Hillary Clinton, Michelle Obama and Melania Trump.

Eventually, she landed in the call center taking comments and discovered that all those years as a teacher were great preparation for that job.

What happens in the call center stays in the call center. The public comment line (202-456-1111) is staffed by volunteers who are sworn to keep the specific comments private. But most are reacting to current events: "Anything that they hear on the television or things that are happening," Griffin says. "Mainly, that's what they're interested in."

Before social media made it as easy to tweet at the president, calling was the preferred way for the public to share messages with the commander in chief. But even now, the lines never stop ringing, and people sometimes wait up to 30 minutes to make their feelings known.

Griffin believes it's important that someone answers those calls: "Those people would not be able to express themselves if the volunteers weren't answering those telephones."

"She was screaming and crying. I said, 'I can't understand what you're saying.' And she got herself together. She said, 'A plane just hit the World Trade building.' "

The Secret Service ordered everyone to evacuate; the streets were filled with people trying to get a cell signal. There were rumors a plane was headed for the White House. It is the only sad memory she has of working there.

But Griffin returned the following Monday, a moment captured by a Reuters photographer as President Bush welcomed her and other volunteers back to the Eisenhower Executive Office Building.

"He was so happy that we came," she says. Not every volunteer returned, but Griffin says she wasn't afraid to go back. She figured it would not happen a second time.

The years have flown by; Griffin gave up some of her duties because they required so much standing. She's now the oldest volunteer, a title that her colleagues don't let her forget, and spends every Monday working the phones.

But at home she is surrounded by the White House every day. Official Easter eggs line her mantel and four presidential talking dolls sit in front of the fireplace. The living room desk holds photos of Griffin and the historic figures she has served, and her scrapbooks are filled with White House Christmas cards, programs from state visits and letters from presidents wishing her a "Happy Birthday" - the latest from Trump with his distinctive signature slashed across the bottom.

"I am inspired by the strength and selflessness you have exhibited throughout your life, and I am grateful for your more than 25 years of volunteer service at the White House. Thank you for your tireless dedication to helping ensure that the voices of the American people are heard."

A lovely sentiment. He may even drop by the call center one of these Mondays.