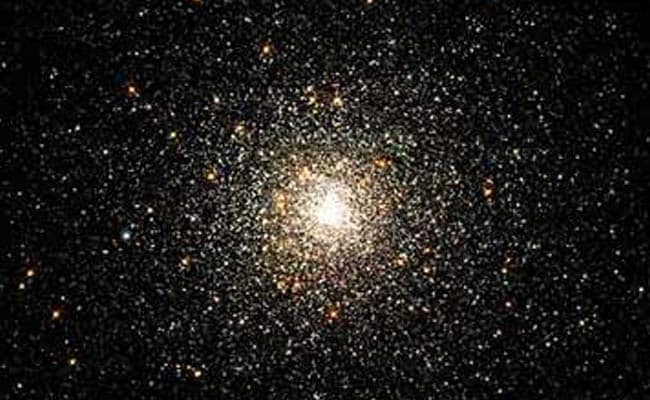 Washington: Astronomers have discovered a giant protogalaxy 10 billion light-years away, and found that it is about four times larger in diameter than our Milky Way.

Astronomers led by the California Institute of Technology discovered the galaxy-in-the-making that is actively being fed cool primordial gas tracing back to the Big Bang.

Using the Caltech-designed and -built Cosmic Web Imager (CWI) at Palomar Observatory, researchers imaged the protogalaxy and found that it is connected to a filament of intergalactic medium, the cosmic web made of diffuse gas that crisscrosses between galaxies and extends throughout the universe.

The finding provides the strongest observational support yet for what is known as the cold-flow model of galaxy formation. That model holds that in the early universe, relatively cool gas funneled down from the cosmic web directly into galaxies, fueling rapid star formation.

"This is the first smoking-gun evidence for how galaxies form," said Christopher Martin, professor of physics at Caltech, principal investigator on CWI, and lead author of the new paper to be published in the journal Nature.

"Even as simulations and theoretical work have increasingly stressed the importance of cold flows, observational evidence of their role in galaxy formation has been lacking," Martin said.

The protogalactic disk the team has identified is about 400,000 light-years across - about four times larger in diameter than our Milky Way.

It is situated in a system dominated by two quasars, the closest of which, UM287, is positioned so that its emission is beamed like a flashlight, helping to illuminate the cosmic web filament feeding gas into the spiraling protogalaxy.

Last year, Sebastiano Cantalupo, then of UC Santa Cruz (now of ETH Zurich) and his colleagues published a paper, also in Nature, announcing the discovery of what they thought was a large filament next to UM287.

The feature they observed was brighter than it should have been if indeed it was only a filament.

In September 2014, Martin and his colleagues, including Cantalupo, decided to follow up with observations of the system with CWI. The researchers collected images around UM287 at hundreds of different wavelengths simultaneously.

The team focused on a range of wavelengths around an emission line in the ultraviolet known as the Lyman-alpha line. That line, a fingerprint of atomic hydrogen gas, is commonly used by astronomers as a tracer of primordial matter.

The researchers collected a series of spectral images that combined to form a multiwavelength map of a patch of sky around the two quasars.

"The images plainly show that there is a rotating disk - you can see that one side is moving closer to us and the other is moving away.

And you can also see that there's a filament that extends beyond the disk," Martin said.

Their measurements indicate that the disk is rotating at a rate of about 400 kilometers per second, somewhat faster than the Milky Way's own rate of rotation.