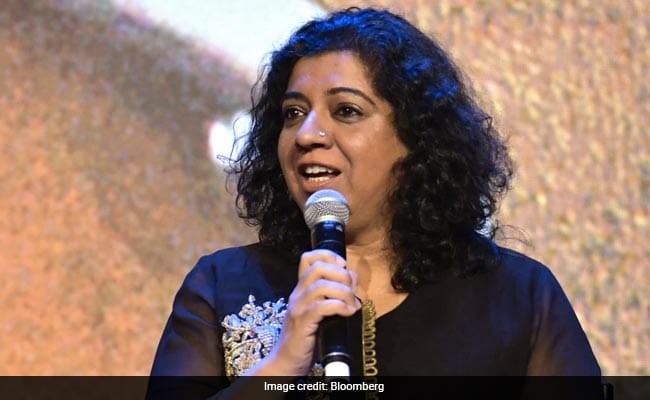 Asma Khan started the Darjeeling Express, one of London's most popular dining rooms.

Asma Khan has a golden touch for restaurants. Darjeeling Express is one of London's most popular dining rooms and the biryani supper club that she runs weekly is the hottest ticket in the city.

Yet, despite her successful track record, she had trouble finding a new site for her latest venture.

Ms Khan has garnered international acclaim as the first British chef to be featured on the hit Netflix series Chef's Table, as well as for her glorious thalis, platters of dishes that might include paneer in coconut cream, and fragrant, slow-cooked lamb with a tomato gravy.

Ms Khan said that the Covid economy ultimately helped her find a space. "It took a global pandemic. It needed men to fail, needed big chains to collapse for a landlord to get back to me and say, 'we have a lot of properties, would you be interested in seeing one?'"

Yet women in the industry still face challenges. In 2019, women made up only about a quarter of chefs and head chefs, and made cpo. Ms Khan also pointed to a 2019 study that found access to money was the biggest issue keeping women from starting businesses. The kitchen at Darjeeling Express is run by women.

"We never end up winning, we are running a different race. It's a subtle sly discrimination," said the chef. She sees herself as an outsider but "not just for my ethnicity." Ms Khan, a Muslim, was born in India. "A lot of women find themselves as the outsiders."

Ms Khan did find an ingenious way to convince landlords to host her very first restaurant site. At the time, she had been holding a supper club in her South Kensington apartment. "I was smart, I served them lunch," she said. "I played on my strengths, and served them samosas, it's hard to ask questions when you're eating. In the end they kept quiet." And Ms Khan got her restaurant.