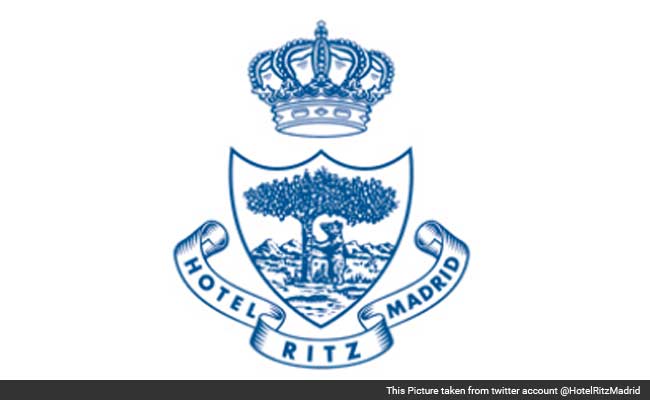 A stone's throw from the Prado Museum on a tree-lined boulevard, the grand white edifice was built for King Alfonso XIII in 1910 by French architect Charles Mewes and Swiss hotelier Cesar Ritz.

NEW YORK: From a cocktail inspired by Salvador Dali to a piano Frank Sinatra once played for Ava Gardner, Madrid's Ritz hotel has a century's worth of classy artefacts and anecdotes. But its gilded taps and Baroque facade are showing their age.

With foreign investment in Spain's stricken property sector picking up, new owners from Hong Kong and Saudi Arabia now plan to dust off this five-star institution of Madrid high society and bring it into the 21st century.

"Over the years, the Ritz has earned a reputation as a hotel where you would take your grandmother, but where you would not come with someone aged 25 to 45," said its general manager Christian Tavelli.

A stone's throw from the Prado Museum on a tree-lined boulevard, the grand white edifice was built for King Alfonso XIII in 1910 by French architect Charles Mewes and Swiss hotelier Cesar Ritz.

"It is a very special establishment. It is unique in Madrid, because of its history, its character and its location," said Inmaculada Ranera, Spain director of international hotel real estate company Christie and Co.

"But for many years now, people have been saying it needs urgent work doing on it."

Chips, cracks and stains have formed on its facade. Its sides were recently repainted and the makeover will continue with more work scheduled in 2017 and due to last a year and a half.

They are planning to spend a further 90 million euros on the makeover.

It was a headline-grabbing purchase in a country still healing from an economic crisis that saw the construction and real estate markets collapse in 2008.

"The way the property market is right now, even though it is recovering from the crisis, this is still a big investment," Ranera said.

At the Ritz, the new owners plan to dig up the garden and build an underground spa with gym and pool, Tavelli, 41, told AFP, sitting among the trees and fountains of its garden.

Guests nearby eat tapas snacks from silver spoons as electronic music plays in the background.

Architects will raise the hotel's sixth-floor roofs to make new bedrooms in the attics, and knock through walls of other small rooms to form bigger quarters.

They will redesign the bathrooms and throw out the gilded taps, seen as one of the hotel's most archaic touches.

Historical figures have passed through the Madrid Ritz's revolving door, beneath the glass chandeliers and red marble columns of its lobby -- among them Nelson Mandela, Fidel Castro and Eva Peron.

The late Hollywood sex symbol Gardner and her one-time husband Sinatra provided the Madrid Ritz with one of the best of its treasure trove of anecdotes.

"She was filming in Madrid and he came to visit her and stayed in the Ritz. He called her at home but she didn't believe he was there, so he asked reception to bring the telephone to the piano and he started to play for her," Tavelli said.

"They say that 10 minutes later, Ava arrived at the Ritz in just a fur coat with nothing underneath."

Only in this hotel can you drink an authentic "Dalitini" -- a red mixture of Cointreau, vermouth and vodka with cherry extract.

It commemorates the time the eccentric Spanish painter is said to have accidentally bled into his own Martini while standing at the Ritz bar.

The Royal lounge housed Republicans wounded while defending Madrid against Francisco Franco's forces during Spain's 1936-39 civil war. One of its rooms was used as a surgery.

Guests willing to pay 60 euros each for the privilege can eat with the same golden dinner service that the hotel says was used at the wedding of Alfonso XIII, great grandfather of Spain's current king, Felipe VI.

The hotel "is a historical jewel," said its head of events, Gloria Garrido. "It is one of our best-kept secrets."