As Pop Star Madonna Turns 60, A Look At Her Scandalous Moments

The pop superstar is turning 60 on August 16 and is again breaking barriers -- this time as a mature woman who is still brash, carnal and unapologetic. 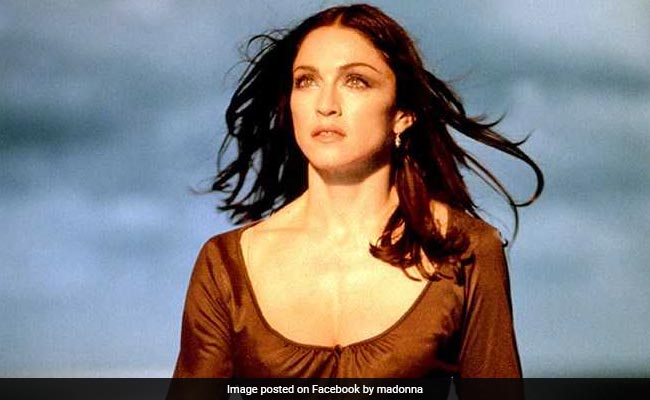 Madonna has embodied the cult of youth like few other artists

Whether by brazenly injecting sex in the public sphere, adopting gay subculture for mainstream audiences or becoming the top-selling female musician of all time, Madonna has asserted an incalculable influence.

The pop superstar is turning 60 on August 16 and is again breaking barriers -- this time as a mature woman who is still brash, carnal and unapologetic.

Giving new meaning to the term sexagenarian, Madonna openly dates men three decades younger, maintains a svelte figure that would be the envy of most people half her age and on her latest tour put on a characteristically provocative show that simulated most conceivable sex acts.

Madonna is hardly the first female entertainer to stay active while growing older, with singers as diverse as Aretha Franklin, Cher, Dolly Parton and Stevie Nicks on stage in their 70s.

But Madonna -- who entered pop culture at the same time as MTV -- has embodied the cult of youth like few other artists and, while others reinvented themselves or staged nostalgic comebacks, the Material Girl has never gone more than four years without an album since her blockbuster self-titled debut in 1983.

The title of a single off her latest album, "Rebel Heart," summed up her unwavering attitude: "Bitch, I'm Madonna."

Freya Jarman, a music scholar at the University of Liverpool who co-edited a book on Madonna, said the pop star has already left her legacy, with younger artists such as Lady Gaga so evidently influenced by her.

But she emphasized that Madonna was now demonstrating a new kind of relevance.

"As an aging, female popular musician who is still so much in the public eye, she is absolutely relevant," Jarman said.

"Madonna stands out in a way that she always has done, in that she has always been interested in creating a stir which someone like Cher, for my money, does not, really."

Many stars "seem to fade in and out of focus, while Madonna doesn't seem to fade out," Jarman added. 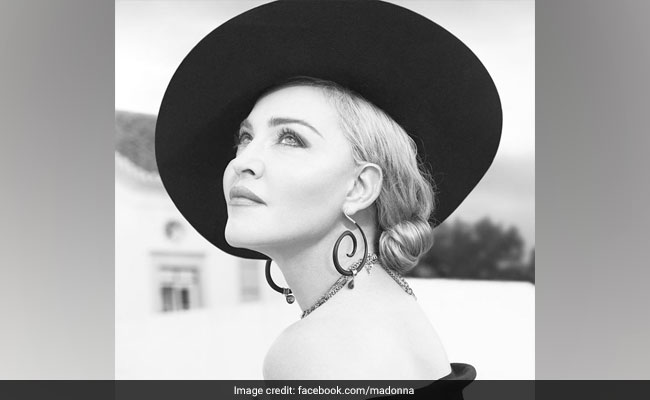 Madonna has embodied the cult of youth like few other artists.

Madonna, as throughout her career, has faced harsh commentary as she grows older.

An ex-girlfriend of one of her former lovers, Brazilian model Jesus Luz, branded her a "ridiculous old bag," while numerous social media users heaped scorn when Madonna locked lips on stage at the Coachella festival with the much-younger Drake.

And tabloids have fixated on Madonna's hands, one part of the body that can uncharitably betray age.

In a 2016 speech as she accepted an award from music magazine Billboard, Madonna said that society allowed women to be "pretty and cute and sexy" but not to share their opinions -- or sexual fantasies.

"Be what men want you to be. But more importantly, be what women feel comfortable with you being around other men," she said, describing unwritten rules of the music business.

"And finally, do not age. Because to age is a sin. You will be criticized, you will be vilified, and you will definitely not be played on the radio," said Madonna, likely referring to BBC Radio 1 declining to play one of her recent singles as it pursued a younger audience.

Madonna has persisted in her political outspokenness, delivering a fiery speech to last year's Women's March a day after President Donald Trump's inauguration, vowing that women would not accept "this new age of tyranny."

Both sexy and maternal

Madonna has also challenged conceptions of motherhood, adopting four children from Malawi in addition to her biological son and daughter.

Madonna, who last year moved to Lisbon where one of her sons is attending a youth football academy, is marking her 60th birthday by encouraging fans to donate to her charity for children in Malawi.

Even as a mother, Madonna has pursued her relationships. The attention stands in contrast to the comparative societal yawn over older men who date much younger women, with still active stars Mick Jagger and Billy Joel both recently becoming fathers again.

"As a feminist, I would say good for Madonna. If that's your sexual taste and she can pull it off, she is doing a fantasy that most women either don't want or can't do," said Pepper Schwartz, a sociologist at the University of Washington in Seattle who studies aging and sexuality.

Older women have also enjoyed growing prominence in Hollywood, but their love interests -- especially as depicted in films -- are rarely younger men.

Among leading mature actresses, Diane Keaton in "Something's Gotta Give" and Meryl Streep in "Hope Springs" both played in roles of rekindling romance with senior men.

Schwartz said Madonna had a more difficult task as an older woman as sexual outrage is so integral to her persona.

But she said that Madonna, along with aging Hollywood stars, was offering a new model for women of their baby boom generation.

"The baby boom, which has always been at the edge of trying to give new definition to sex and gender, is trying to say -- you know, we're not ready to be written off just because we're older now."

(Except for the headline, this story has not been edited by NDTV staff and is published from a syndicated feed.)
Comments
Madonna