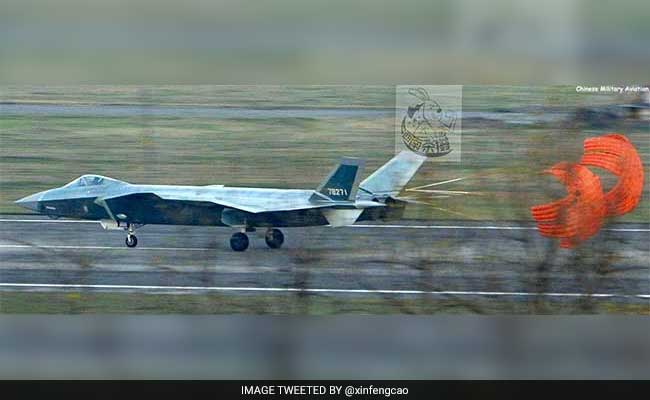 The first Chinese J-20 stealth fighter being inducted into service.

Promoted
Listen to the latest songs, only on JioSaavn.com
The jets bear the serial numbers 78271 and 78274 and are likely being inducted into the 176th Brigade at the Dingxin Air Force base in North Central China, a base where the PLAAF (People Liberation Army Air Force) is known to carry out a great deal of flight-testing of its military aircraft. According to the Chinese aviation expert Dafeng Cao who posts under the Twitter handle @xinfengcao, 6 J-20 stealth fighters will be inducted at a formal ceremony later this month. Just last month, the J-20 fighter made its public debut at the Zhuhai International Air Show though online images of the aircraft were available since 2010. In September this year, the J-20 was spotted being tested at the Daocheng Yading airport in the high-altitude Tibetan Autonomous Prefecture that lies to the east of Arunachal Pradesh. Last month, the J-20 fighter made its public debut at the Zhuhai International Air Show.

Featuring a radar-evading stealth design, the supersonic J-20 has an internal weapons bay where air to air missiles are stored. Unlike conventional fighters which have bulky weapons slung under their wings, the 'clean' design of the J-20 guarantees a low radar profile making it extremely difficult for enemy fighters or ground based surface to air missile systems to track and lock on to the aircraft. Few other technical details of the J-20 have been disclosed in public though Western observers have expressed doubts on the engines of the J-20. According to Dave Majumdar, the Defence Editor of The National Interest who monitors Chinese military developments, "While the current configuration of the J-20 externally resembles a genuine fifth-generation fighter in several respects, China remains woefully lacking in engine and mission systems avionics technology." 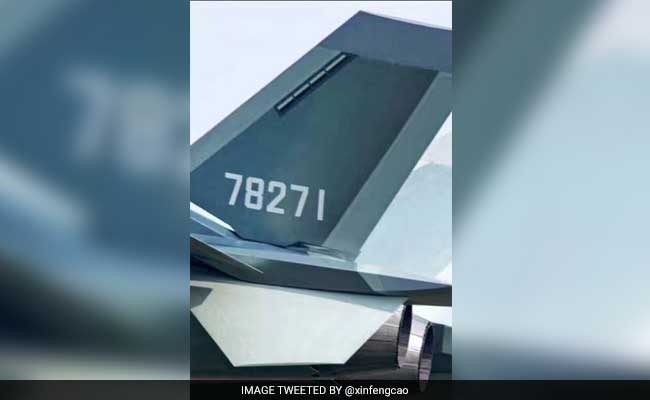 However, the speed with which China has developed the J-20 has astonished international observers.

In January 2011, the first images of the J-20 in fight tests emerged just ahead of a visit by the US Defence Secretary Robert Gates to China, where he met then Chinese President Hu Jintao. The timing of the release of the images was not likely to have been a coincidence - the J-20 has been designed as a counter to the Boeing F-22, the most advanced air superiority fighter in service with the US Air Force, a strategic rival of China. 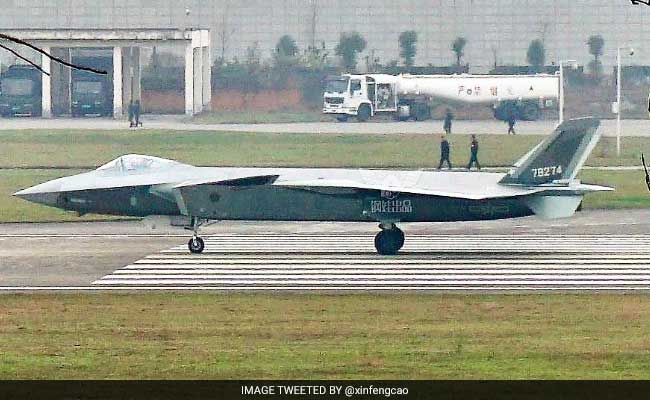 The stealth fighter was one of Beijing's most closely guarded military projects.

Over the last decade, the PLAAF has made tremendous strides in developing and inducting an array of new home-grown fighter aircraft including the J-10 and J-11 which is a variant of the Russian Sukhoi-27. Other than the 'fifth generation' J-20, China continues to test a smaller stealth fighter, designated the J-31, the size of the US F-35 now entering service in partner air forces around the world. The J-20 is a twin engine stealth fighter which can sometimes go undetected by radar.

The Indian Air Force continues to observe aerospace developments in China very closely but is still years away from inducting its first radar-evading stealth fighter, the FGFA (Fifth Generation Fighter Aircraft) being built in collaboration with Sukhoi in Russia. India's plans of fielding its own indigenous stealth fighter, the Advanced Medium Combat Aircraft (AMCA), is still years away from being realised. As China inducts the J-20 into service, the design of the AMCA is still not off the drawing board.

Pak's Role In Kabul Not Sending Good Message To India: US Senator