Arundhati Roy said she was happy to be at the event that was part of the Chobi Mela International Festival of Photography founded by Mr Alam in 1999 and held every two years. 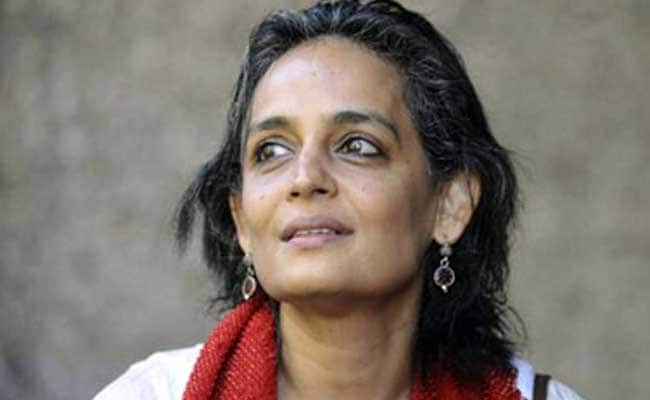 The Dhaka Police first revoked permission for the event where noted writer Arundhati Roy was to speak in the city on Tuesday and, later, when organisers moved it to another venue, allegedly tried to scuttle it. But an hour behind schedule and interrupted by light bulbs exploding, Ms Roy talked for over two hours with celebrated Bangladeshi photographer Sahidul Alam. Last year, he had been jailed for a TV interview considered critical of the Bangladesh government.

"I am not a votary of art that is propaganda of some kind. But art not cognizant of what is going on around you means nothing to me either," Ms Roy said, responding to Mr Alam's question on the artists in India who returned their national awards to protest the murder of writers and lynching of ordinary people.

"Today artists have been made less dangerous not by benign regimes but by placing them in the marketplace and making them commercially viable products... and that has been more seductive than any kind of ruthlessness of censorship," she added.

The Man Booker Prize winning author said she was happy to be at the event that was part of the Chobi Mela International Festival of Photography founded by Mr Alam in 1999 and held every two years.

Her book reading and discussion was to originally be held at the Krishibid Institute at Dhaka's Farmgate area. But late on Monday night, the Dhaka Metropolitan Police in a sudden announcement cancelled the permission due to "unavoidable circumstances".

But the move triggered huge social media outrage and compelled the organisers to find another venue -- the  Midas Centre.

Tuesday morning, Chobi Mela put out a statement on its Facebook page saying, "You will probably be aware that permission to hold Arundhati Roy's talk at the pre-determined venue (Krishibid Institute) was withdrawn late last night. After massive juggling and a lot of help from friends, we have been able to obtain a new venue. The talk will go on and the previous registration holds. Thanks to all the people who rallied in our support."

Guests who had registered for the event at Krishibid Institute were informed to go there by 5pm for an event to begin at 6 pm. When they arrived, some guests were reportedly told the event was off because of permission issues. Just as suddenly, guests were let in and the event began at around 7 pm, one hour behind schedule.

Shahidul Alam was arrested in August last year for criticising the Bangladesh government in an interview to Al Jazeera TV. He was released on bail in November.