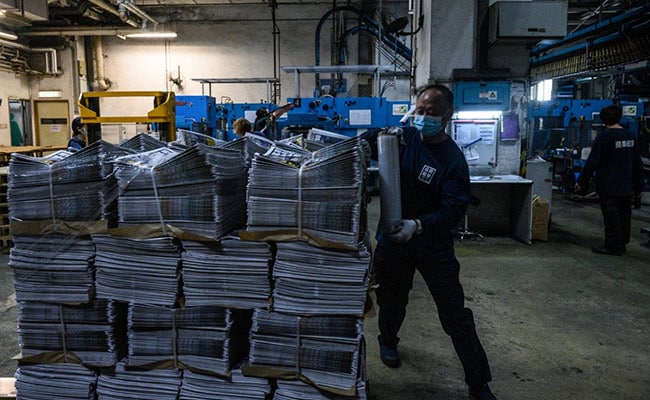 Taiwan's Apple Daily assured its readers that they will soon commence its operation.

The Taiwanese edition of Apply Daily assured readers that its operations will continue as the island's government on Thursday denounced the closure of its sister paper in Hong Kong under a national security law.

It printed its last edition on Thursday after authorities used the security law to freeze its assets.

Both papers are owned by Jimmy Lai, a wealthy media tycoon currently in jail in Hong Kong for attending democracy protests.

"All subsidiaries under Next Digital are financially independent. The operation of Taiwan's Apply Daily website is unaffected," the media group said in a notice to readers.

Next Digital is the parent company of both titles.

The cash-strapped Taiwanese edition of Apple Daily ceased its print edition last month, 18 years after it was founded. But its website is still going.

The company had planned to sell its Taiwanese wing in April. But its board later took a U-turn, saying the sale was no longer in its best interests.

Taiwan's top China policy-making body, the Mainland Affairs Council, warned on Thursday that the demise of the Hong Kong paper was "sounding the death knell" for the city's press and speech freedoms.

"We sternly condemn the political suppression of Hong Kong media under the national security law and by those in power," it said in a statement.

China imposed the national security law on Hong Kong last year after the city was convulsed by huge and often violent democracy protests in 2019. It criminalised much dissent and radically transformed the political and legal landscape of the city.