Gary George found the original videotapes capturing the Apollo 11 lunar landing at a government surplus auction while working at the NASA Johnson Space Center in 1973, according to Sotheby's. 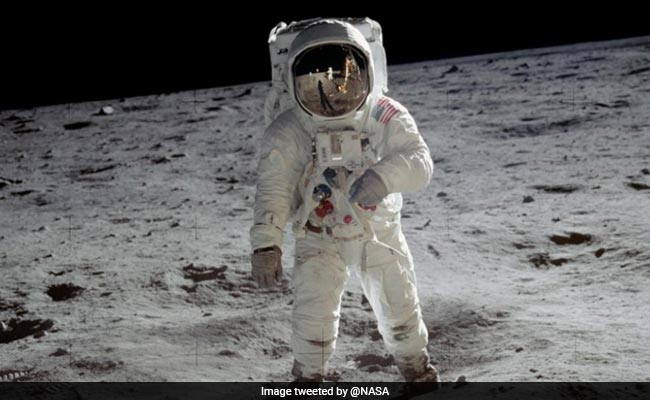 For a former NASA intern, a recording of the lunar landing 50 years ago could yield a giant leap of a return for his investment.

Gary George found the original videotapes capturing the Apollo 11 lunar landing at a government surplus auction while working at the NASA Johnson Space Center in 1973, according to Sotheby's. He paid $217.77 for the 1,150 reels of magnetic tape with 2 hours and 24 minutes of recording. They include Neil Armstrong's declaration, "That's one small step for a man, one giant leap for mankind."

Next weekend, those same reels could fetch him $1 million to $2 million, according to Sotheby's, which is auctioning the tapes and other items to mark the anniversary of the 1969 moon landing.

Even at the lower end of the estimate, that's an almost 5,000-fold return, beating just about every major stock market in the world. The Dow Jones Industrial Average, which closed at a record on Friday, climbed 30-fold since the summer of 1973, while gold produced half of those gains.

Walmart Inc., the retailer that created the world's wealthiest family, churned out just more than half of the potential gains from the recordings. Amazon.com Inc., which made Jeff Bezos the richest man on Earth, offered a third of those returns after its stock price climbed more than 1,300 times since its initial stock offering two decades ago.

"With equities, it's supply and demand, but it's based upon expectations of future profits," said Michael Pachter, an analyst at Wedbush Securities. "Art or collectibles are valuable because they are one of a kind."

Even though the footage has been seen over the years on television broadcasts, Sotheby's is touting the tapes as the "only surviving first-generation recordings of the historic moon walk." They're also sharper than those aired on newscasts, it added. George declined to comment on the auction.

The recordings are probably a good investment "given the trends in sports memorabilia and the extreme appreciation in art and anything Sotheby's sells," said Michael Purves, chief global strategist at Weeden & Co. "It's something for the mega rich to talk about at cocktail parties."