Fossils from Greece and Bulgaria of an ape-like creature that lived 7.2 million years ago may fundamentally alter the understanding of human origins. 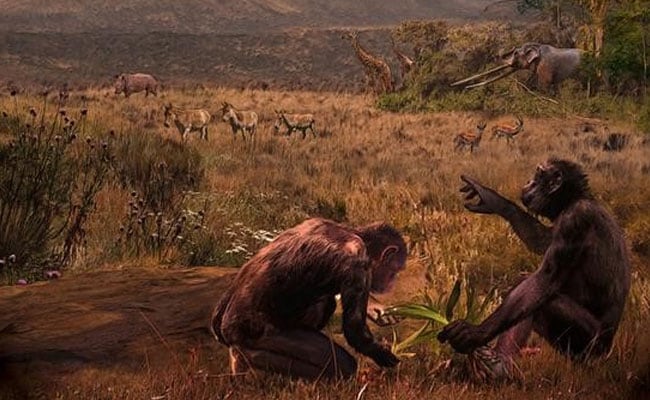 An artist's depiction of the species Graecopithecus freybergi, which lived 7.2 million years ago.

Washington: Fossils from Greece and Bulgaria of an ape-like creature that lived 7.2 million years ago may fundamentally alter the understanding of human origins, casting doubt on the view that the evolutionary lineage that led to people arose in Africa.

Scientists said on Monday the creature, known as Graecopithecus freybergi and known only from a lower jawbone and an isolated tooth, may be the oldest-known member of the human lineage that began after an evolutionary split from the line that led to chimpanzees, our closest cousins.

The jawbone, which included teeth, was unearthed in 1944 in Athens. The premolar was found in south-central Bulgaria in 2009. The researchers examined them using sophisticated new techniques including CT scans and established their age by dating the sedimentary rock in which they were found.

They found dental root development that possessed telltale human characteristics not seen in chimps and their ancestors, placing Graecopithecus within the human lineage, known as hominins. Until now, the oldest-known hominin was Sahelanthropus, which lived 6-7 million years ago in Chad. 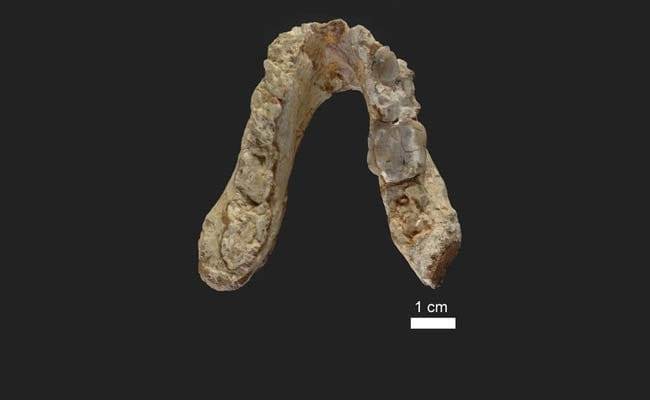 An artist's depiction of a species which lived 7.2 million years ago.

The scientific consensus long has been that hominins originated in Africa. Considering the Graecopithecus fossils hail from the Balkans, the eastern Mediterranean may have given rise to the human lineage, the researchers said.

The findings in no way call into question that our species, Homo sapiens, first appeared in Africa about 200,000 years ago and later migrated to other parts of the world, the researchers said.

"Our species evolved in Africa. Our lineage may not have," said paleoanthropologist Madelaine Bohme of Germany's University of Tubingen, adding that the findings "may change radically our understanding of early human/hominin origin."

Homo sapiens is only the latest in a long evolutionary hominin line that began with overwhelmingly ape-like species, followed by a succession of species acquiring more and more human traits over time.

University of Toronto paleoanthropologist David Begun said the possibility that the evolutionary split occurred outside Africa is not incongruent with later hominin species arising there.

"We know that many of the mammals of Africa did in fact originate in Eurasia and dispersed into Africa at around the time Graecopithecus lived," Begun said. "So why not Graecopithecus as well?"

Graecopithecus is a mysterious species because its fossils are so sparse. It was roughly the size of a female chimp and dwelled in a relatively dry mixed woodland-grassland environment, similar to today's African savanna, alongside antelopes, giraffes, rhinos, elephants, hyenas and warthogs.

Promoted
Listen to the latest songs, only on JioSaavn.com
The findings were published in the journal PLOS ONE.
© Thomson Reuters 2017