Ants Bit My Father 100 Times Before He Died, Says US Veteran's Daughter

A photo shows 74-year-old Joel Marrable's shirt pulled up to reveal the red bumps clustered on his stomach. 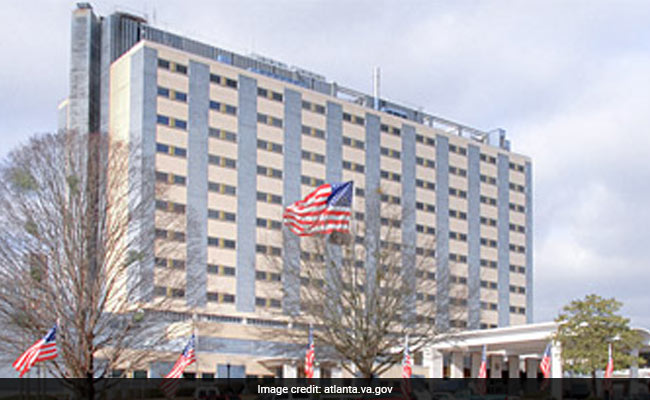 Laquna Ross knew something was wrong when her father flinched as she held his hand. It was swollen.

That was just the beginning of the injuries Ross says she surveyed in horror earlier this month at the VA nursing home in Georgia. A photo shows 74-year-old Joel Marrable's shirt pulled up to reveal the red bumps clustered on his stomach - evidence of more than 100 bites from the ants that filled his room, his daughter told local news station WSB-TV.

"The ceiling, the walls, the beds. They were everywhere," Ross said.

Ross claimed that hospital staff told her they thought their patient died when they found him covered in the insects days earlier, according to WSB-TV.

Within a day of Ross's visit - she had just gotten back from a trip, she says - he had.

Ross, who says her father served in the Air Force during the Vietnam War, told WSB-TV that Marrable "deserved better" than what he got in his final days at Eagle's Nest Community Living Center, part of Atlanta VA Medical Center in Decatur, Georgia.

"I understand mistakes happen," she said. "I've had ants. But he was bit by ants two days in row. They feasted on him."

The Atlanta VA Health Care System, which did not respond Thursday to questions from The Washington Post, said in a statement to news outlets that leadership is aware of the ant issue and that the staff "immediately cared for the Veterans and took action to ensure no other CLC residents were impacted."

All bedrooms have been stripped, inspected and cleaned, the statement said, and open containers and food have been removed.

"We would like to express our heartfelt remorse and apology to the Veterans' families and have reached out to them to offer appropriate assistance," the statement continued.

The Department of Veterans Affairs announced Tuesday that it is placing a regional director on "immediate administrative leave" and giving the Chief Medical Officer for its Southeast division other duties during a review of care. Seven staffers at Atlanta VA Medical Center are being moved out of patient-care roles as a board investigates recent events, and national Veterans Health Administration staff participated in a review of the nursing home's operations on site.

The Department also says it is retraining "all VA personnel involved in reporting urgent issues throughout the chain of command." Adjustments to a VA office that passes incidents reports from around the country to VHA leadership will help make sure issues reach top officials quickly, the Department said.

"What happened at Eagles' Nest was unacceptable, and we want to ensure that Veterans and families know we are determined to restore their trust in the facility," VHA Executive in Charge Richard Stone wrote in a statement.

The Post was not immediately able to reach Ross, who told the New York Daily News that hospital staff said they "jumped into action" after discovering ants on Marrable, with the staff showering him while covering his nose so he could breathe. But the ant problem apparently was not resolved, Ross claims, and she pressed hospital administrators last week to put her father in a new room.

He died hours after the overnight move at the VA facility where he had spent 14 months, she said.

Marrable's health had long been fragile, she said, adding that he was "at peace with dying," the Daily News reported.

"We made a bucket list and went to the Bahamas and laughed and joked up until the end," she said.

But the episode left Ross questioning VA health facilities' ability to handle their many patients, the Daily News reported. Her concerns follow years of scandals that have raised alarms about VA's standards. A 2016 report found hundreds of patients died waiting for care at a VA hospital in Phoenix that tried to cover up the delays. More recently, Veterans Affairs has come under fire for widespread staffing vacancies and suspect deaths, prompting a federal probe in West Virginia.

"I know the staff, without a shadow of doubt, respected my dad and even loved him," Ross said. "But what's their ability to assess situations and fix things?"

(Except for the headline, this story has not been edited by NDTV staff and is published from a syndicated feed.)
Comments
Georgiaant bites