Anti-Trump Senator Announces Bid For US Presidency In 2020

Kirsten Gillibrand enters what is an increasingly crowded Democratic field, and would be the third woman candidate so far to seek the party's nomination. 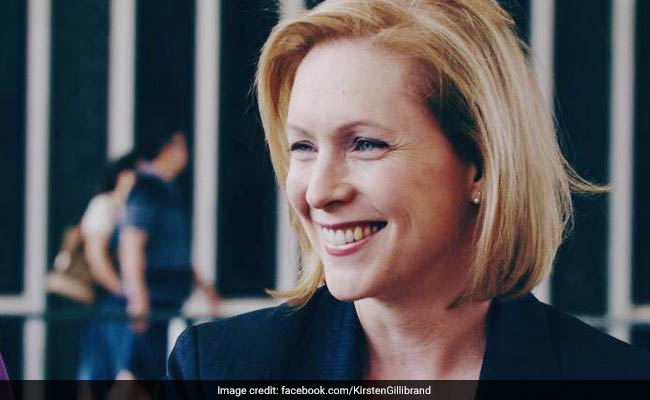 Kirsten Gillibrand was appointed to fill Hillary Clinton's US Senate seat in 2009.

Democratic US Senator Kirsten Gillibrand, an outspoken Donald Trump critic and champion of women's issues including the #MeToo movement, announced Tuesday she was jumping into the 2020 presidential race.

She enters what is an increasingly crowded Democratic field, and would be the third woman candidate so far to seek the party's nomination.

"I'm going to run for president of the United States," the senator told Stephen Colbert on his CBS television talk show, saying her goals will include improving health care for American families, taking on the special interests and entrenched systems of power in Washington, and fighting against political "corruption and greed."

"I know that I have the compassion, the courage, and the fearless determination to get that done," she added in the interview set to be aired in full later Tuesday.

The 52-year-old from upstate New York said she was forming an exploratory committee, a crucial legal step for a candidate to run for president, just days before she reportedly travels to the early voting state of Iowa.

She was appointed to fill Hillary Clinton's US Senate seat in 2009, when the latter became secretary of state. Gillibrand was elected in November to her second full term.

The next presidential election is still more than 650 days away, but Gillibrand is entering what will be a chockablock field vying for the right to challenge Trump.

Elizabeth Warren, a fellow female US senator and frequent target of the provocative billionaire president, has also launched an exploratory committee, as has congresswoman Tulsi Gabbard of Hawaii, who served military tours in Iraq and Kuwait.

But Gillibrand has distinguished herself in key ways. She is one of the top Trump naysayers in the Senate, voting against the president's nominees for major posts more than almost any other senator.

She also raised her national profile by sponsoring -- and mounting a three-year campaign for -- a bill that would revamp the prosecution system for military sexual assaults and remove such cases from the military chain of command.

The bill fell short in the Senate, but Gillibrand has been relentless about highlighting the issue in the military, on college campuses and in the workplace.