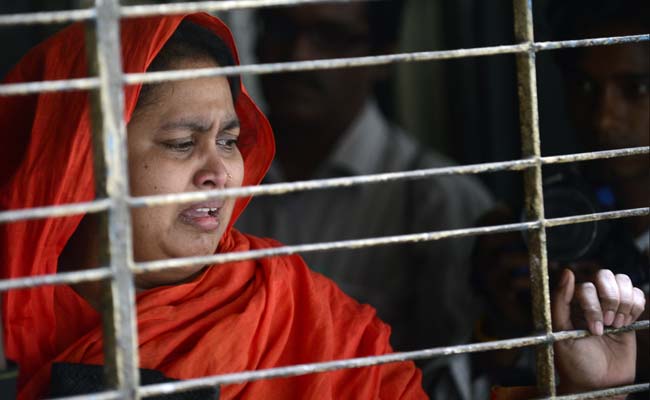 A relative of Washiqur Rahman reacts after seeing his body at Dhaka Medical College in Dhaka on March 30, 2015, after he was killed in an attack in the Bangladeshi capital.

A blogger was hacked to death in the Bangladesh capital on Monday, in the latest brutal attack on the country's independent writers, a senior officer said.

Police have arrested two men over the murder which comes just weeks after an American aethist blogger was also hacked to death in Dhaka, a crime that triggered international outrage, the officer said.

Islam said the men were arrested immediately after the attack trying to flee the scene.

Police said they were unsure whether the victim, Washiqur Rahman, 27, was also an atheist blogger but another social media writer said that he was known to write "against religious fundamentalism".

"He was a progressive free thinker and was against religious fundamentalism," he said.

Police have also arrested a suspect over the killing in February of American atheist writer and blogger Avijit Roy.

Roy was the second atheist blogger to have been murdered in the Muslim-majority country in the last two years and the fourth writer to have been attacked since 2004.

Promoted
Listen to the latest songs, only on JioSaavn.com
His killing sparked an uproar at home and abroad with hundreds of secular activists holding protests for days to demand justice.