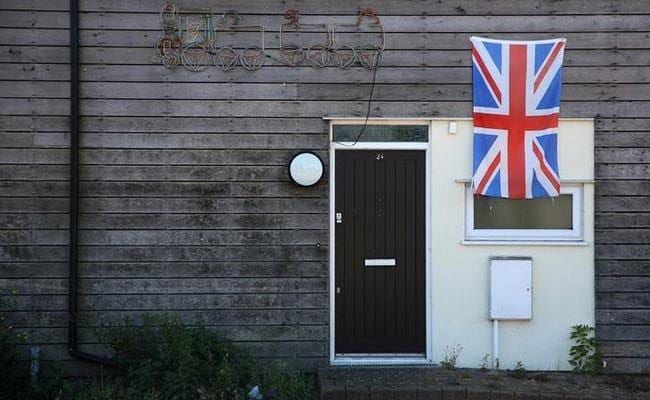 Fall in pound following Brexit has led to an increase in campsite holidays in Britain.

London: Before last year's Brexit vote, Scott McCready was struggling to fill his holiday cabins on the coast of southwest England. Now the site is fully booked with British tourists avoiding more expensive foreign trips following a plunge in the pound.

This turnaround in the 10 months since Britons decided to leave the European Union reflects a jump in demand for "staycations", with British consumers seeking ways to make their money go further as rising inflation squeezes their incomes.

McCready, who gave up a job in IT to build his site between ancient woodlands and a creek in the county of Devon, recalled the hectic days after last June's referendum.

"My phone just took off," he told Reuters. "It was like someone flicked a switch. We were booked out for the rest of the summer and now this year we're having to turn people away."

The reason why Britons and some Europeans have flocked to his 24 wooden lodges in Newton Ferrers, once a quiet fishing village 370 km (230 miles) from London, is straightforward.

The referendum result caught financial markets off guard, sending the pound down about 20 percent against the dollar and 16 percent against the euro at one point. That rapidly pushed up the cost of holidays to the United States and continental Europe, both popular destinations for Britons.

So about 15 km away, Chris Duff is enjoying a similar jump in demand at his 90-lodge Thatches park, where he is investing to upgrade facilities which include a swimming pool and a fitness suite. "If we could, we would like to expand," he said.

Britain's $2.6 trillion economy surprised almost all forecasters by withstanding the initial shock of the Brexit vote, a point made by Prime Minister Theresa May on Tuesday when she called a snap June 8 election.

"Despite predictions of immediate financial and economic danger since the referendum we have seen consumer confidence remain high, record numbers of jobs and economic growth that has exceeded all expectations," she said.

But the picture for the years ahead looks weaker as sterling's fall raises import costs. With annual inflation pushing up towards 3 percent, outstripping sluggish wage growth, Britons are becoming cautious in their spending - and not just on holidays.

Retail sales rose at the slowest pace in nearly a decade in the first three months of 2017, according to the British Retail Consortium, and surveys have shown that households are increasingly worried about the outlook for the economy.

German supermarket groups Aldi and Lidl, which attracted new British shoppers during the global financial crisis due to their deeply discounted prices, have seen accelerating sales in 2017.

"Customers are voting with their feet," Matthew Barnes, Aldi's CEO for Britain and Ireland, told Reuters in February. The squeeze facing many people in Britain is unlikely to be as sharp as in the years following the 2007-09 financial crisis when inflation hit 5 percent and annual wage growth was even weaker than it is now.

Nonetheless, the Bank of England expects almost no growth in the spending power of households over the next three years. Many private economists say even this forecast may be too optimistic.

The extent of the hit to consumer spending is the most important factor behind the central bank's view that the economy cannot be weaned off its record low interest rates.

"The big story in terms of the strength of the UK economy is ... the strength of consumer demand, and there are some signs of (that) coming off slowly," Governor Mark Carney said.

Last month, the Bank pointed to rising demand for staycations as a sign of how consumers are adapting.

According to tourism agency Visit England, 63 percent of British adults expect to take a holiday or break in England in 2017, up from 57 percent in 2016. More will flock to traditional destinations in Scotland, Wales and Northern Ireland.

Bookings website Pitchup.com, which specialises in outdoor holidays, says it has seen a 41 percent jump in UK reservations from domestic tourists since the referendum, a much stronger growth rate than in previous years.

Bookings for lodges are nearly tripling and cabins doubling and to Pitchup.com founder Dan Yates, this suggests that many holidaymakers want to avoid expense but without resorting to a tent in Britain's unreliable climate.

"People who are moving from a hotel to a cabin are going to be paying significantly less. But they still want their dishwashers, cable TV and iPod docks," he said.

Britons have not suddenly given up foreign travel. Official figures show an 8 percent increase in the number of UK residents taking a holiday abroad in the three months to January. But that pales in comparison with a 22 percent surge in the number of foreign tourists coming to Britain in the same period.

This data also suggests British holidaymakers are spending more cautiously while abroad while foreign visitors to Britain are taking advantage of the weak pound to spend more.

Luxury brand Burberry said it had seen a 90 percent rise in the number of Americans buying in Britain in the six months to the end of March.

With the outlook for British tourism spending unclear, Europe's biggest budget airline Ryanair is shifting its future capacity growth away from the country. The Irish-based carrier is worried about the impact of Brexit and, like some of its rivals, is cutting fares to win over customers.

One of the potential winners from the Brexit effect is Merlin, the world's second-biggest visitor attractions group. It expects more tourists to visit its British sites such as the Madame Tussauds waxworks museum and the London Eye observation wheel this year.

Merlin CEO Nick Varney sees little likelihood of any change to the fundamental drivers of the change. He thinks a pound-to-euro exchange rate of 1.40 is the tipping point for holidaymakers in Britain and Europe when deciding where to book.

The pound is currently trading at about 1.19 euros, keeping the economic advantage firmly in favour of Britain.

One man hoping to benefit is Adrian Coppin, who owns the Mill Park campsite in southwest England where tents can be pitched for 10 pounds ($13) a night. Having seen a sharp rise in British bookings he expects an increase in continental European visitors too.

He now just needs the sun to shine. "If we can now secure six to eight weeks of glorious weather then this could set the scene for years to come," he said.

(Except for the headline, this story has not been edited by NDTV staff and is published from a syndicated feed.)
Comments
BrexitCampsitesPound