An Alaska Airlines Pilot Said A Captain Drugged And Raped Her. He Still Works For The Airline.

Co-pilot sues Alaska Airlines after captain allegedly drugged, raped her during a layover in Minneapolis 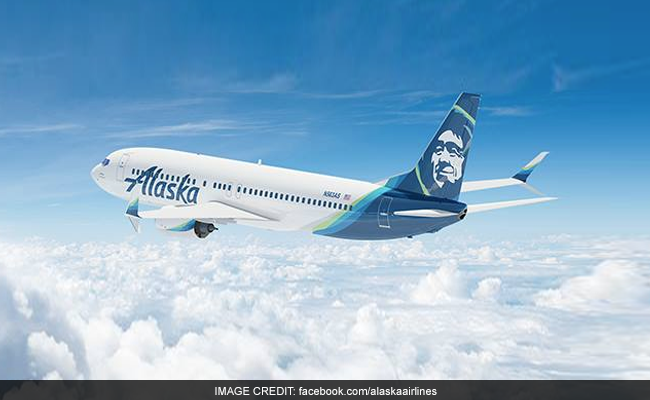 The captain, according to the lawsuit, is a veteran pilot who is still employed by Alaska Airlines.

On an evening last June, Alaska Airlines co-pilot Betty Pina had a glass of wine. Then came a second glass, brought to her by the captain she was paired with for a three-day assignment.

The next thing Pina remembers is finding herself in a vomit-soaked bed, naked from the waist down, she alleged in a lawsuit filed Wednesday against the airline.

Pina, a 39-year-old military veteran, says Alaska Airlines allowed the captain to drug and rape her, and subsequently failed to hold the captain accountable after she reported the incident to airline officials more than half a year ago. The captain, according to the lawsuit, is a veteran pilot who is still employed by the airline.

"How many other victims are out there? I may not be the first case, but I hope to be the last," Pina told the Seattle Times. "It's time to take responsibility. The culture needs to change."

Her suit against the airline comes as more women, emboldened by a national conversation about sexual harassment and assault, have come forward with charges against powerful men in numerous fields leading to their sudden falls from positions of power. The captain's "grossly abusive actions epitomize the necessity and purpose" of the #MeToo movement, the lawsuit says.

According to her account detailed in the lawsuit, Pina first met the captain on June 4, at the beginning of their assignment, while flying together to Anchorage. They then flew from Anchorage to Seattle to Minneapolis. During the Anchorage-to-Seattle portion of the trip, the captain mentioned a concierge room at their designated Minneapolis hotel that would offer food and drinks to the flight crew.

When the crew arrived at the concierge lounge, Pina drank a glass of wine. The captain then brought her a second glass. While Pina usually doesn't feel intoxicated until she has three or four glasses, she struggled to lift her head up and felt the walls closing in around her, the lawsuit says. The captain tried to refill her glass, she said.

Pina then remembers waking up and realizing she and the captain had been in the same bed. The blankets, partly wet from vomit, had been moved toward the end of the bed along with her pants, according to the lawsuit. Pina pulled her pants on without her underwear and stumbled to the bathroom, where she vomited.

She also heard the captain say something about missing a call from the duty officer. The officer, Pina later learned, was trying to inquire into the captain's fitness for duty, as a flight attendant saw him walking down the hall with a woman and two glasses of wine, according to the lawsuit.

While The Washington Post generally does not identify people who say they are victims of sexual assault, Pina has spoken publicly about her case. The Post is not identifying the captain because he has not been charged with a crime.

As she searched for her phone, Pina found her purse on the nightstand, which was zipped up. Upon unzipping it, she was shocked to find her underwear inside.

"That's when I knew I'd been assaulted," she told the Seattle Times. The newspaper reported:

In the first foggy hours after the incident, Pina said she was racked by confusion and sickness - and the fear of losing a 17-year career in aviation that she'd dreamed about while growing up in Kansas.

"I'm worried about everything I've ever worked for," she said. "I'm not married, I don't have kids. My career has been my number one."

The next morning, Pina was still sick, exhibiting signs that were unusual for a hangover, according to the lawsuit. She continued to throw up and her muscles and stomach hurt.

When Pina confronted the captain about what had happened, he denied any sexual contact, and said, "You were coming on to me pretty hard," according to the lawsuit.

Pina told the Seattle Times that she first reported the alleged rape to her union representative on June 7, two days after the encounter. A day later she told an Alaska human resources official that she had been sexually assaulted. Pina was placed on paid leave and not to discuss the details of the investigation.

At first, she didn't feel comfortable reporting the alleged rape. But she changed her mind after discovering a "handprint bruise" on her left thigh, she told the Seattle Times.

In July, Pina met with a lawyer hired by the airline to probe her case, who focused on whether the captain and Pina had violated the company's policy prohibiting alcohol consumption 10 hours before a scheduled flight, the Seattle Times reported. The lawyer was able to acquire footage from the hotel's security camera that showed the captain forcibly trying to kiss Pina in an elevator, according to the newspaper.

"The lawyer said I was incapacitated, that it took 18 to 20 minutes to get from the elevator to the room, and this whole time he's trying to get me into the room, and I'm trying to put up whatever fight I can," Pina told the newspaper.

Pina returned to active duty in January. She and her attorneys served the airlines with a legal complaint detailing her allegations in mid-February, largely relying on official summaries of Pina's formal statements to investigators. The airline didn't take any corrective action, the lawyers said, so they formally filed suit on Wednesday in King County Superior Court, seeking damages in an amount to be determined at trial.

She still fears she might be forced to fly with the captain again and believes he remains a threat to other employees.

Promoted
Listen to the latest songs, only on JioSaavn.com
"I'm infuriated that he's still working there," Pina told the Seattle Times.