The man is of the opinion that in the Netherlands 'the Prophet Mohammad, the Koran, the Islam and Allah have often been insulted, according to the Dutch prosecution. 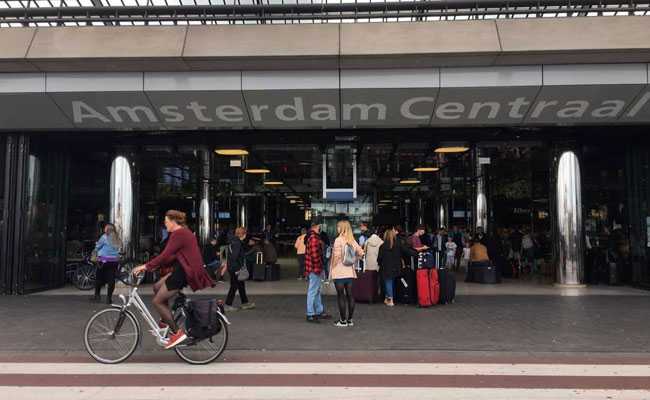 "The man is of the opinion that in the Netherlands 'the Prophet Mohammad, the Koran, the Islam and Allah have often been insulted'," the Dutch prosecution service said in a statement.

The suspect, identified as "Jawed S., "had a terrorist motive and travelled to the Netherlands with that aim," the statement added.

Friday's attack came a day after an announcement by anti-Islam politician Wilders that he was cancelling moves to stage a cartoon competition to caricature the Prophet Mohammad, a plan that had angered many Muslims.

Known for his virulent anti-Islamic views, Wilders on Thursday said he was nixing plans to stage the competition to "avoid the risk of making people victims of Islamist violence".

Suspect behind bars
Earlier Monday Jawed S. appeared before a Dutch judge in connection with the case.

He was remanded in custody and will appear again before judges in two weeks, while police continue their probe.

He remains behind bars under maximum security and is only be allowed visits by his lawyer.

Two American tourists were seriously injured when a knife-wielding man attacked bystanders around noon on Friday at the busy train station next to Amsterdam's historic city centre.

Police reacted quickly and shot the man in the lower body. He and the injured tourists, both men aged 38, were taken to hospital.

The US State Department on Sunday condemned what it called an "unprovoked, horrifying attack" and offered full support to Dutch authorities, both in their investigation and "in our common fight against terrorism in all forms".

Both of the wounded American men remained in a satisfactory condition in hospital Monday, according to Dutch media.

German police on Saturday raided the suspect's home, which Dutch newspapers said was located in the western Rhineland-Palatinate state.

A German foreign ministry official Monday confirmed the suspect is an asylum seeker who was appealing a decision to reject his claim. The man had a German residency permit.

German police had no information linking the alleged attacker to any terror groups, the official said.

The Netherlands has been largely spared the kind of terror attacks which have rocked its closest European neighbours in the past few years.

But amid a number of scares and reports that people linked to some of those attacks may have crossed briefly into the country, top Dutch security and intelligence officials have stressed that the threat level is substantial.

(This story has not been edited by NDTV staff and is auto-generated from a syndicated feed.)
Comments
Afghan manAmsterdam attackamsterdam attack suspect