William Nguyen, a Yale graduate, appeared on television on Monday night to say he broke the law. 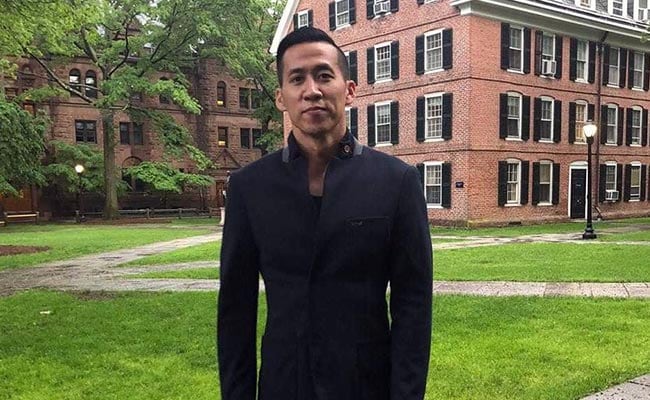 William Nguyen appeared on television on Monday night to say he broke the law.

Vietnam: An American student held in Vietnam for "causing public disorder" at violent protests this month has appeared on state television to say he regrets breaking the law and will stay away from future rallies.

Video footage shows the Texas-born 32-year-old with a bleeding head wound being dragged by plainclothes men through the streets into custody.

Police accuse Nguyen of "causing public disorder" and trying to damage a fence and flip over police vehicles on the main road to the airport.

Nguyen, a Yale graduate, appeared on television on Monday night to say he broke the law.

"I understand that my acts violated (the law)... I regret that I caused trouble for people heading to the airport. I blocked traffic and caused trouble to my family and friends," Nguyen said in Vietnamese on HTV in footage provided by city police.

"I will not join any anti-state activities any more," added Nguyen, who was arrested while passing through Vietnam en route to Singapore to get his Masters degree next month.

Choreographed confessions are common in Vietnam where accused criminals are paraded publicly to admit guilt -- sometimes in exchange for a softer sentence -- though rights groups have also accused the one-party state of forcibly extracting statements.

Scores were detained this month after protests in several cities turned violent in some places, rare in the one-party state where demonstrations are routinely banned or broken up.

Nguyen tweeted from the rallies, posting images of large crowds and saying he supported Vietnamese people "exercising their civic duty to protest injustice".

Friends and family lobbying lawmakers in Washington for Nguyen's release say he did not have a political agenda.

Amnesty International said they had received "deeply disturbing" reports that several protesters were tortured by police in custody.

"We urge the Vietnamese authorities to launch a prompt, thorough and effective investigation into the claims and to hold anyone suspected of being responsible to account," said Minar Pimple, Amnesty's senior director of global operations.

Demonstrators had rallied against a draft law to grant lengthy leases in proposed special economic zones, citing fears valuable land would be handed over to China.

The bill made no specific mention of China and the government has said it would consider shorter leases, but the concession did little to assuage anger.

"If you oppose officials on duty, vandalise state property... then you have to be strictly handled in accordance with the law," Phuc said Monday.

China and Vietnam have had a fraught relationship since a brief but bloody border war in 1979 and resentment over Beijing's extensive claims in the South China Sea runs high in Vietnam.

(Except for the headline, this story has not been edited by NDTV staff and is published from a syndicated feed.)
Comments
American studentVietnamWilliam Nguyen