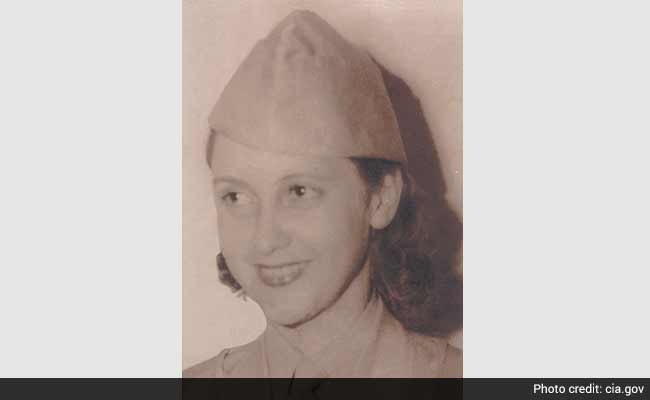 Elizabeth "Betty" McIntosh, an American spy girl who was stationed in India for a few years from 1943 and helped spread disinformation that would undermine Japanese troops, has turned 100.

CIA Director John Brennan hosted Ms McIntosh, who was stationed in India as an officer of the Office of Strategic Services (OSS), which is CIA's predecessor, at the spy agency's headquarters yesterday to celebrate her 100th birthday.

"CIA is honoured to count Betty McIntosh as one of its alumnae, and we are very fortunate to have her at the Agency today. Her many achievements and storied life are an inspiration to all women and particularly so to those of CIA," Mr Brennan said.

"It is fitting that Women's History Month begins each year on March 1, the birthday of Betty McIntosh," he said.

A native of Washington, DC, Ms McIntosh was working as a reporter for the Scripps Howard news service in Hawaii when Japanese forces attacked Pearl Harbor on December 7, 1941.

She covered the event first-hand and soon left Hawaii to work in the Scripps Howard bureau in Washington, DC.

Fluent in Japanese, she was recruited in 1943 to join the OSS, the CIA's predecessor.

After completing her OSS training, she was one of the few women assigned to OSS Morale Operations.

"Betty's first assignment was in the summer of 1943. After completing her OSS training, she was sent to India," CIA said in a blog post.
Comments
Betty McIntoshJohn BrennanCentral Intelligence Agencyoffice of Strategic ServicesIndiaUnited StatesScripps Howard news servicePearl Harbor