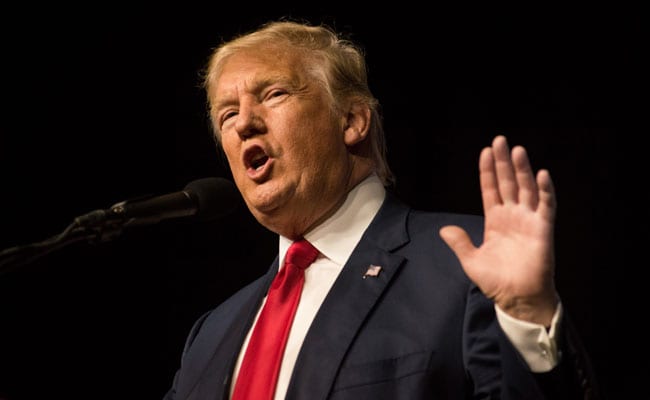 "Our country is broke," Donald Trump told a well-attended election rally in Colorado.

Washington: The US, which has USD 20 trillion in debt, over USD 100 trillion in unfunded liabilities and a massive trade deficit of almost USD 800 billion a year, is "broke," and the world's biggest economy can no longer create "high-paying jobs," the Republican presidential nominee Donald Trump said today.

"Our country is broke," Trump, 70, told a well-attended election rally in Colorado.

"We owe USD 20 trillion in debt, but that's only part of the story - we have over USD 100 trillion in unfunded liabilities, and we have a budget that's out of control with annual deficits," the real estate tycoon said.

"In addition, because of the incompetence of our leaders, we run massive trade deficits on an annual basis, now almost USD 800 billion a year," he added.

The US, he said, has a decaying infrastructure, failing schools, rising crime, a depleted military, an open border, and an economy that can't create full-time high-paying jobs.

"We are a divided nation, and each week it seems we are getting more and more divided, with race riots in our streets on a monthly basis," he said.

"What I say is not lost on the American people, because 70 per cent of you believe our country is headed in the wrong direction. We cannot have another four years of Barack Obama and Hillary Clinton. It will be worse," he said.

Mr Trump said while Americans have lost their jobs and employment opportunities, his Democratic presidential rival Ms Clinton has raked in cash from her contributors.

"The Clintons received another USD 2 million from a Swiss Bank after Hillary negotiated a favorable settlement for them as Secretary of State," he alleged.

Mr Trump alleged that to hide her corruption, Clinton put her emails on an illegal secret server open to foreign hacking.

"Then she deleted and bleached 33,000 emails - after a congressional subpoena -- to hide them from the public."

"She lies to Congress, under oath, and her ringleaders took the fifth amendment and got immunity deals. It's worse than Watergate," he said.

"The investigation of Hillary was rigged, and it's a shame, and it's one of the saddest things that have ever taken place in our nation. We have become a banana republic. Now, today, we learned, that the FBI made a side deal with Clinton's top aides to destroy their laptops," he alleged.

Promoted
Listen to the latest songs, only on JioSaavn.com
"Hillary is the ringleader of a criminal enterprise that has corrupted our government at the highest levels, and the American people have one chance to stop it - by showing up and voting on November 8," he said.

Mr Trump said along with securing borders, rebuilding military, keeping US safe from terrorism, redoing the trade deals and bringing back jobs, fixing the tax code is one of the main reasons he is running for President.

Russia May Allow Citizens Over 40, Foreigners Over 30 To Join Military