All Roles In UK Military, Including Elite SAS, To Be Opened Up To Women 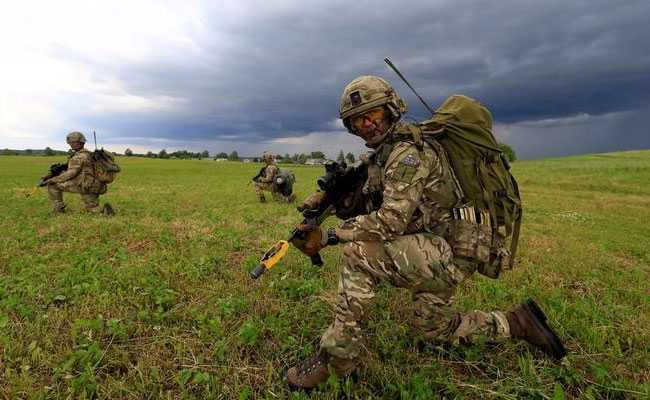 Women will soon be able to apply for any role in the British military, including in previously off-limits elite units like the famed SAS, the government announced on Thursday.

Meanwhile new recruits can apply from December for the roles, covering branches such as the Royal Marines, with basic training beginning in April next year.

Once trained, servicewomen could then try to join elite units such as the Special Air Service (SAS).

Britain lifted a ban on women serving in so-called close combat units in 2016, and has been opening up roles in phases.

"From today, for the first time in its history, our armed forces will be determined by ability alone and not gender," Williamson said at an army demonstration on Salisbury Plain in southwest England.

"Opening all combat roles to women will not only make the armed forces a more modern employer but will ensure we recruit the right person for the right role," he added at the event, which involved some of the first women to join the Royal Armoured Corps.

It was the first ground close combat branch to open its doors to female soldiers and officers, in November 2016, followed by the Royal Air Force Regiment in September last year.

Around 35 women have joined the Royal Armoured Corps since the rules were relaxed, with a number of personnel already deploying to Estonia and Oman.

(Except for the headline, this story has not been edited by NDTV staff and is published from a syndicated feed.)
Comments
UK MilitaryWomen in UK army