Anguish and anger were on display as Hollywood held vigil for Hutchins, as questions grew over how such a tragedy could have happened, despite rigorous safeguards. 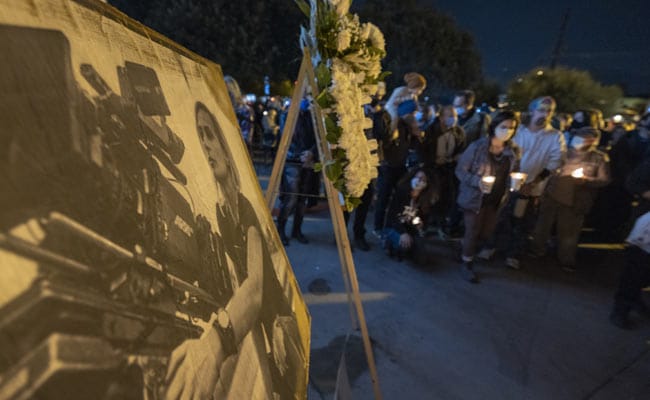 Friends and colleagues of Halyna Hutchins gathered to pay tribute to the cinematographer.

Shell-shocked friends and colleagues of Halyna Hutchins gathered Sunday to pay tribute to the cinematographer who was killed when Alec Baldwin fired a prop gun on a movie set.

Anguish and anger were on display as Hollywood held vigil for Hutchins, as questions grew over how such a tragedy could have happened, despite rigorous safeguards.

"I had the pleasure of working with Halyna," said actress Sharon Leal. "She was a wonderful woman and just, we're all just so shocked."\ 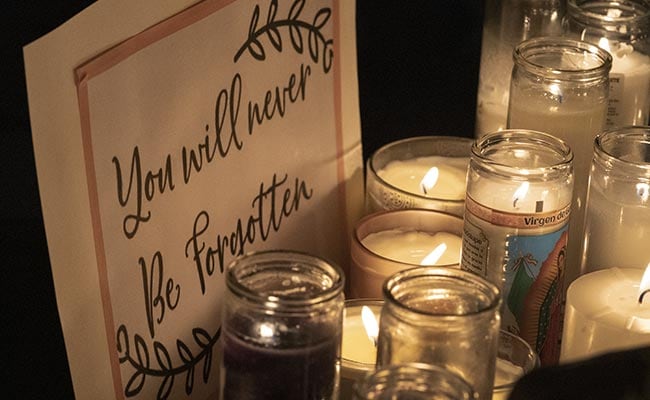 Anguish and anger were on display as Hollywood held vigil for Halyna Hutchins.

Hutchins, 42, was struck in the chest when Baldwin fired a prop gun he had been told was safe on the set of low-budget western "Rust" in New Mexico on Thursday. She was declared dead in hospital hours later.

Director Joel Souza, 48, who was crouching behind her as they lined up a shot, was also hit. He was treated by doctors and sent home.

Police are still investigating the shooting, and have executed a search warrant at the set, where, among other things, they were looking to see if the rehearsal had been caught on film.

Baldwin has been interviewed by detectives in Santa Fe, and has said he is co-operating fully with the probe. 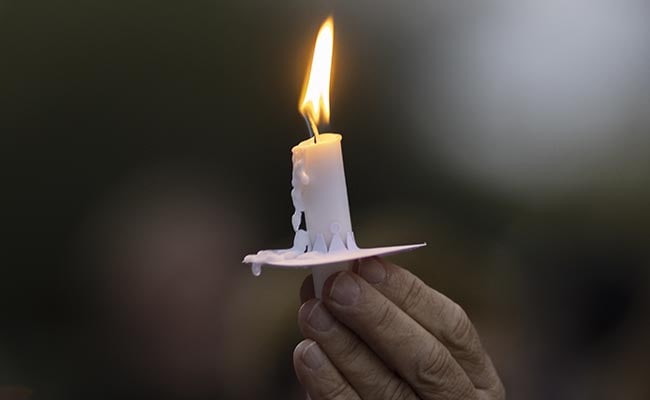 A man holds a candle during a candlelight vigil for cinematographer Halyna Hutchins.

Attention has also focused on the film's assistant director, Dave Halls, who handed the weapon to the actor, and on the armorer, 24-year-old Hannah Gutierrez-Reed.

No one has been charged in connection with what police describe as an "ongoing investigation", and no arrests have been made.

But as scores of Hollywood insiders gathered in a Los Angeles suburb on Sunday, there was palpable anger about what went wrong.

"The low budget productions oftentimes they want to make it look bigger than they really are," said director Gustavo Sampaio, who worked with Hutchins four years ago. 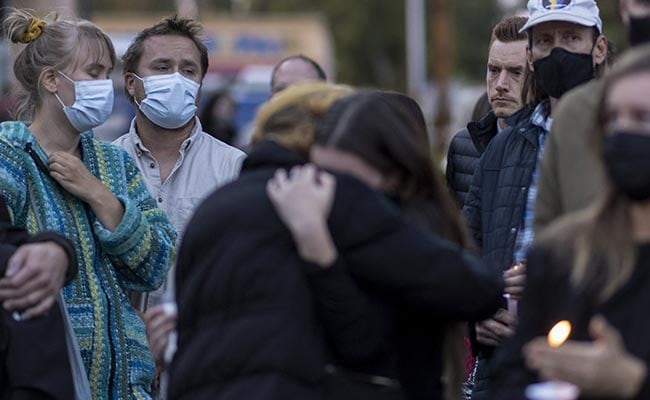 "So they cut corners and they put safety in the backseat when it really should be at the forefront of everything that's done on a set."

That sentiment was echoed by producer Sabrina Oertle.

"I can tell you that as a producer, someone dropped the ball. Somebody decided to go with the bottom line, meaning keep your budget... cheap."

Calls were growing for a ban on live firearms on movie sets, with a petition on change.org gathering more than 22,000 signatures by Sunday evening.

"There is no excuse for something like this to happen in the 21st century," says the text of the petition launched by Bandar Albuliwi, a screenwriter and director.

Dave Cortese, a Democrat elected to the California Senate, said Saturday he would be pushing a bill banning live ammunition on movie sets in California. 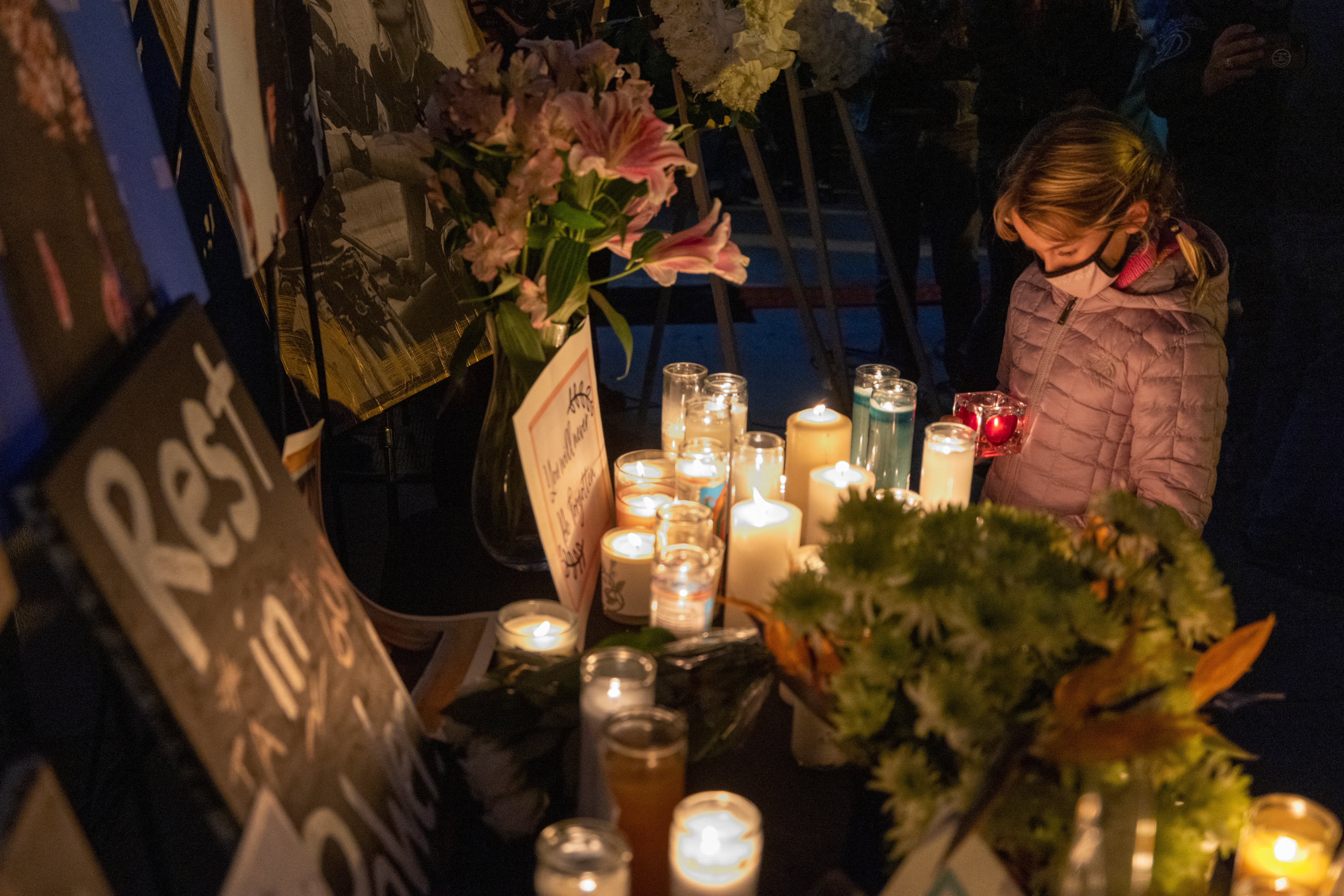 Halyna Hutchins, who was accidentally killed by a prop gun fired by actor Alec Baldwin.

"There is an urgent need to address alarming work abuses and safety violations occurring on the set of theatrical productions, including unnecessary high-risk conditions such as the use of live firearms."

The hit Los Angeles police drama "The Rookie" decided the day after the shooting to ban all live ammunition from its set, effective immediately, according to industry publication The Hollywood Reporter.

But some industry professionals said the use of weapons on film was not the problem.

Movie armorer SL Huang, writing on Twitter, said she had worked on hundreds of film sets without incident, thanks to the stringent safety protocols and the built-in redundancies.

"A tragedy happening in *this particular* way defies everything I know about how we treat guns on film sets," she wrote.

"My colleagues and I have been trying to figure out how this could happen when following our basic safety procedures and we keep ending at a loss.

"Which implies... that very basic, very standard safety procedures may not have been followed. And that nobody shut the production down when they weren't."

The Los Angeles Times reported this week there had been crew disquiet about safety and working conditions.

The paper, citing crew members who had been on set, said three prop weapons had unexpectedly discharged prior to Thursday's tragedy.

The production company has not responded to AFP requests for comment.