Gay Couple Separated On Flight So Straight Couple Could Sit Together

Alaska Airlines: David Cooley, owner of a popular gay bar in Los Angeles, said he and his partner had been in their assigned premium seats aboard Alaska Airlines Flight 1407 at John F. Kennedy International Airport in New York when a flight attendant approached them. 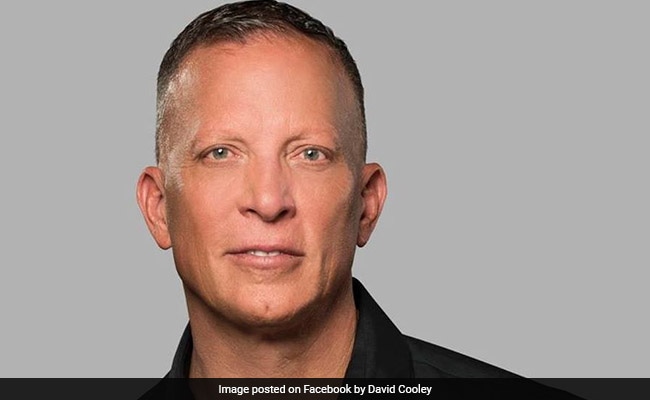 Alaska Airlines is under fire after a man said he and his boyfriend were told to sit apart on a California-bound plane because a straight couple wanted to sit together.

David Cooley, owner of a popular gay bar in Los Angeles, said he and his partner had been in their assigned premium seats aboard Alaska Airlines Flight 1407 at John F. Kennedy International Airport in New York when a flight attendant approached them. His partner, Cooley said, was asked to relinquish his premium seat and move to an economy-class seat so that another couple could sit next to each other.

Cooley told the attendant that they, too, are a couple and they wanted to sit together. But still, he said, his partner was given a choice: Move to coach or get off the plane.

"We could not bear the feeling of humiliation for an entire cross-country flight and left the plane," Cooley said in a Sunday Facebook post recounting the incident. "I cannot believe that an airline in this day and age would give a straight couple preferential treatment over a gay couple and go so far as to ask us to leave."

Alaska Airlines has since apologized and said it is investigating the incident.

"This unfortunate incident was caused by a seating error, compounded by a full flight and a crew seeking an on-time departure and nothing more than that," the airline said. "It's our policy to keep all families together whenever possible; that didn't happen here and we are deeply sorry for the situation. We've reached out to Mr. Cooley to offer our sincere apologies for what happened and we are seeking to make it right."

"Alaska Airlines has a zero-tolerance policy for discrimination of any kind," the airline added.

A spokeswoman did not immediately respond to a follow-up question about what caused the seating error, but the airline told CBS News that it had mistakenly booked two people in one seat.

The airline also said it has a history of supporting LGBTQ rights. For example, the Human Rights Campaign gave Alaska Airlines a perfect rating in evaluating company policies that promote diversity and prevent discrimination against LGBTQ employees. The company's website also has a dedicated "LGBT travel planning" page, a one-stop shop for finding vacation spots, special events and Pride celebrations.

"Diversity and inclusion are part of the fabric of Alaska Airlines," the airline said, adding that it works with nonprofit LGBTQ organizations.

In his Facebook post, which has been shared about 1,600 times as of Tuesday, Cooley said he and his boyfriend flew home to Los Angeles aboard a Delta Air Lines flight. He vowed to never fly Alaska Airlines again and urged his friends to do the same.

At least one advocacy group has spoken out about the incident.

"Good morning, @AlaskaAir. How is this investigation going? Inquiring #LGBTQ and #Ally minds would like to know!" PFLAG National, a Washington-based LGBTQ group, tweeted Monday.

Alaska Airlines is not the first carrier to face similar allegations of discrimination. Last year, a New York family said they were denied family boarding privileges on a Southwest Airlines flight because the parents are a same-sex couple.

Southwest Airlines denied that it discriminated against the couple and that the group wasn't allowed to board together because the grandmother was assigned in a different boarding group.