"Any federal effort to construct a nationalized 5G network would be a costly and counterproductive distraction from the policies we need to help the United States win the 5G future," FCC Chairman Ajit Pai said in a statement. 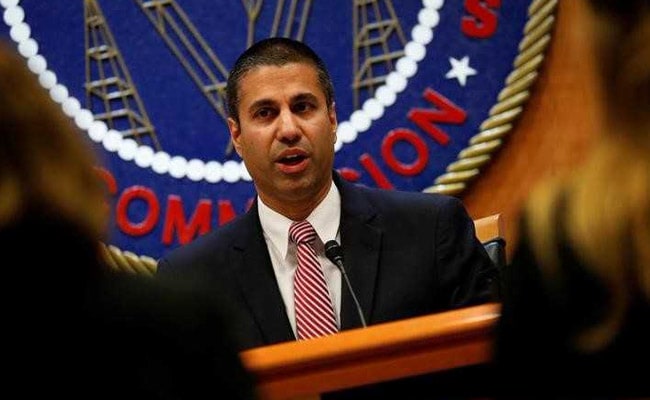 Washington: The head of the U.S. Federal Communications Commission on Monday said he would oppose a federal government move to build and run a national, super-fast 5G wireless network, calling any such effort "costly and counterproductive."

"Any federal effort to construct a nationalized 5G network would be a costly and counterproductive distraction from the policies we need to help the United States win the 5G future," FCC Chairman Ajit Pai said in a statement.

On Sunday, Reuters reported that President Donald Trump's national security team was looking at options to counter the threat of China spying on U.S. phone calls that include the government building a super-fast 5G wireless network, citing a senior administration official.

The 5G network concept is aimed at addressing what officials see as China's threat to U.S. cyber security and economic security. But any plan would likely cost hundreds of billions of dollars, require the government to obtain spectrum and raises questions whether Americans would want to buy service from a government entity, wireless carriers said.

Pai, a Republican named FCC chairman by Trump in January 2017, has backed 5G and looked for ways to help eliminate barriers to private sector adoption.

CTIA, the trade group that represents AT&T Inc, Verzion Communications Inc, Apple Inc, Sprint Corp and others, said in a statement the "government should pursue the free market policies that enabled the U.S. wireless industry to win the race to 4G."

Another Republican on the FCC, Mike O'Rielly, said the leaked proposal was "nonsensical" and did not represent what was happening in the marketplace.

Promoted
Listen to the latest songs, only on JioSaavn.com
"U.S. commercial wireless companies are the envy of the world and are already rushing ahead to lead in 5G," he said in a statement, adding that the FCC should provide additional spectrum to help facilitate deployment.
© Thomson Reuters 2018