Airbus has been toying with several proposals to extend the A321's advantage and limit the impact of Boeing's new plane. 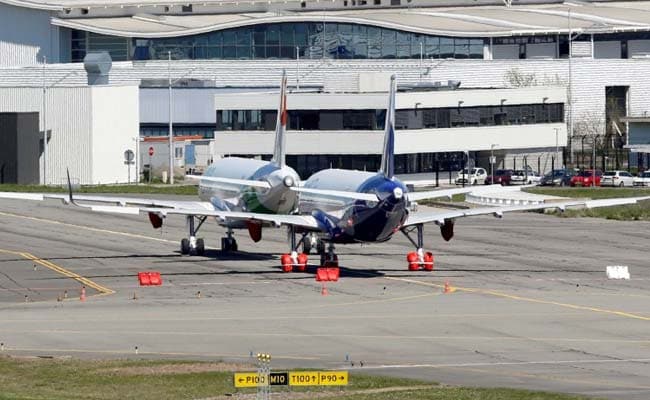 Airbus has been outselling Boeing so far with the single aisle A321. (Representational)

Paris: Airbus is considering adding extra endurance to the longest-range version of its A321 passenger jet in a further effort to pre-empt a potential new mid-market jet being studied by US rival Boeing, industry sources said.

A new version called the A321XLR is the latest study on the drawing board in a battle of wits as both jetmakers battle for supremacy in the 200-270-seat segment, valued by analysts at hundreds of billion of dollars over 20 years.

The proposed new A321XLR would carry extra fuel and expand the range of the A321LR aircraft, which recently claimed a long-distance record for single-aisle jets in testing, the sources said, asking not to be named as the idea remains confidential.

It is expected to be aimed at North American carriers, whose ordering decisions could be decisive as Boeing weighs up whether to go ahead with plans for a new 'middle-of-the-market' aircraft.

Noting that Airbus had 80 percent of sales in the A321 category, the spokesman added, "We are under no pressure".

Airbus has been heavily outselling Boeing in the lower end of the 200-270-seat segment with the single-aisle A321, while Boeing has been dominating at the upper end with strong sales of the 787 Dreamliner at the expense of the Airbus A330neo.

This is the space into which Boeing proposes launching its 220-270 seat mid-market jet, a hybrid with the twin-aisle cabin of a wide-body jet but the smaller cargo space of a single-aisle plane thanks to a novel shape designed to fly more efficiently.

Airbus has been toying with several proposals to extend the A321's advantage and try to limit the impact of Boeing's new plane or even prompt its rival to abandon the idea.

The advanced blueprint would have featured increased fuel capacity, a longer fuselage and improvements to the A321's wing.

A longer-term project, code-named A320neo-plus-plus," with an all-new carbon-fibre wing, has also been put to one side.

By halting the studies, Airbus aims to force Boeing to show its hand on the middle-market segment before risking its own capital with a response, people familiar with the decision said.

But others say doing nothing is not without risk since failing to defend the profitable A321 could encourage Boeing to launch its newer jet. "If you do it, you have to move quickly," an industry source said, referring to plans to improve the A321.

The A321XLR - with more fuel capacity but no extra seats or aerodynamic redesign - is a compromise bet that Airbus hopes will fend off Boeing for the smallest upfront investment.

In an interview last week, Boeing's sales chief said it would take the time needed to decide whether to launch its new jet, rejecting suggestions that it is dragging its feet.

"We are doing our due diligence," senior vice-president Ihssane Mounir told Reuters.

The jet is widely expected to be developed in two versions.

Boeing is looking at a product that is "a little bigger than an A321 but goes a lot further" and "about the size of the A330 but has a lot better efficiency," he said.

Promoted
Listen to the latest songs, only on JioSaavn.com
"Airbus like any company has different options and is looking at the future," he said.
© Thomson Reuters 2018

(Except for the headline, this story has not been edited by NDTV staff and is published from a syndicated feed.)
Comments
AirbusBoeingAirbus A321

US Early Voting Kicks Off In Virginia, Minnesota