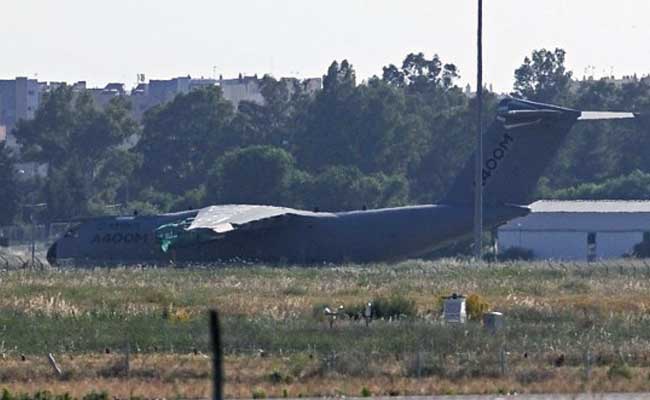 Berlin: Analysis of the flight recorders of the A400M which crashed in Spain on May 9, killing four, indicated there were no structural faults but assembly quality problems, a senior Airbus executive said in a newspaper interview to appear on Friday.

"The black boxes confirm it. There was no structural fault, but we have a serious final assembly quality problem," Airbus group's chief of strategy Marwan Lahoud told the German daily Handelsblatt after receiving the first results of the analyses of the flight recorders.

In a statement released ahead of publication, Handelsblatt wrote that the units which control the engines of the turboprop A400M military cargo and troop transport were poorly installed during final assembly, which could have led to the engines malfunctioning and the plane crashing.

Airbus on May 19 warned of a technical bug in the Electronic Control Units (ECU) that controls how the aircraft's engine operates which it discovered during an internal test it conducted independently of the investigation into the crash.

An expert in the sector speaking then on condition of anonymity said that a software bug could lead to a loss of control of engine power.

Airbus recommended inspections and possibly exchanging the motors or ECU's, but did not draw a direct link between this problem and the Seville crash.

The crash of the turboprop A400M military cargo and troop transport plane a few minutes into a test flight just north of Seville's airport prompted five countries, Spain, Britain, Germany, Turkey and Malaysia, to ground their planes pending the outcome of the probe which is being led by Spanish investigators.

Two of the six people on board the plane, a mechanic and an engineer, survived the crash and were sent to hospital in critical condition.

The development of the massive transport plane has been plagued by setbacks that led to years of delays and costly overruns.

The first aircraft was delivered in 2013, and a total of 174 have been ordered.