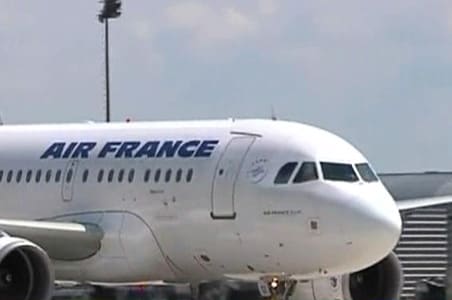 Paris: French military ships have detected a signal from the black boxes of Flight 447 in the Atlantic depths, newspaper Le Monde reported on Tuesday.

The report says a mini research submarine, the Nautile, dived on Monday to search for the boxes based on a "very weak signal" from the flight recorders picked up by the French ships.

The report on Le Monde's website on Tuesday gives no source or other details.

It is not clear whether the signal came from the flight's data recorder or the voice recorder.

The two so-called black boxes, key to helping determine what happened to the Air France plane that plunged into the ocean May 31, will only continue to emit signals for another eight days or so.

Officials with the French military and the French marine institute that operates the mini-sub, Ifremer, could not immediately be reached for comment on the report.

Brazilian and American officials said that as of Sunday evening no signals from the black boxes had been picked up.

The Airbus A330 plane fell into the Atlantic after running into thunderstorms en route from Rio de Janeiro to Paris.

Promoted
Listen to the latest songs, only on JioSaavn.com
All 228 people aboard were killed.

The cause of the crash remains unclear.