AIDS Deaths up in Russia, Against Global Trend 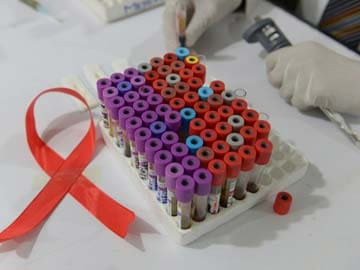 Moscow: The number of deaths from AIDS is going up in Russia, contrary to a global downward trend, a senior Russian health official said on Wednesday, blaming a lack of public education about HIV infection.

"Last year we registered 22,000 AIDS-related deaths, against 20,000 the year before," the head of the Russian Federal Agency against AIDS, Vadim Pokrovsky, told AFP.

"Generally, Russians are very poorly informed and often do not go to the doctor until it is too late," he said, also blaming a lack of media coverage of HIV infection and AIDS.

"Russian media paid great attention to AIDS in the 1990s, when the virus was still almost non-existent in the country, but now seems to be tired of the topic," he said.

"Most of the new infections, of which 55 percent are caused by intravenous drug use, while 43 percent result from heterosexual contacts and only around one percent from gay sex", Pokrovsky said.

In Russia, where homosexuality was a crime during the Soviet era and then listed as a mental illness until 1999, "homosexual communities have always been and are still very closed and traditionally very well informed about the virus," Pokrovsky said.

"A controversial law passed last year that bans propaganda of gay relationships to minors has not changed the percentage of gay people among those infected with HIV", Pokrovsky said.

UNAIDS said on Wednesday that the number of deaths from AIDS had fallen worldwide by more than 30 percent in a decade, as had the number of new HIV infections.

The number of people infected with HIV in Russia almost doubled between 2006 and 2012, despite a government decision to make fighting AIDS a national priority and to boost funding of health campaigns more than twenty-fold in 2006.

Promoted
Listen to the latest songs, only on JioSaavn.com
HIV continues to be a relatively taboo subject in the Russian media and some lawmakers have even mulled bills to set up a special database of those infected, who would be subjected to mandatory fingerprinting.

UNAIDS has suggested that Russia should allow drug addicts to take substitutes such as methadone, which is currently illegal in the country, to help reduce drug-related AIDS deaths.
Comments
AIDS deathsRussiaMoscowVadim Pokrovskymethadone