Ahead Of Storm, Donald Trump Says Puerto Rico "One Of The Most Corrupt"

As Tropical Storm Dorian bore down on the island, threatening a direct hit on population centers in the east, Donald Trump decided to restoke the intensely personal row. 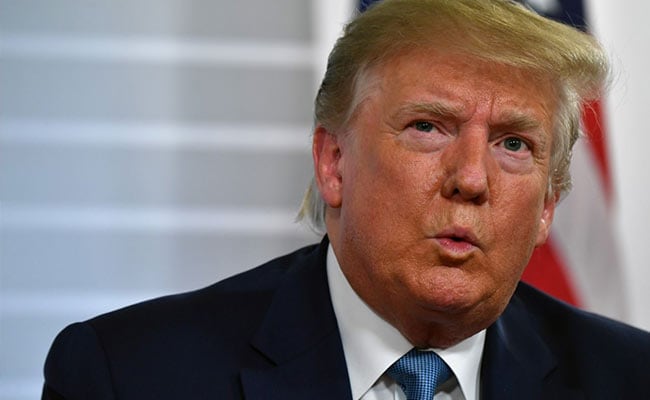 US President Donald Trump branded Puerto Rico "one of the most corrupt places on earth" Wednesday as the US island braced for its first major storm since being ravaged by Hurricane Maria two years ago.

Trump has feuded continuously with the US territory in the wake of Maria, where he was widely accused of failing to bring sufficient help. He says he did respond correctly and was never thanked properly.

As Tropical Storm Dorian bore down on the island, threatening a direct hit on population centers in the east, Trump decided to restoke the intensely personal row.

"Puerto Rico is one of the most corrupt places on earth. Their political system is broken and their politicians are either Incompetent or Corrupt," he tweeted.

Trump complained that billions of dollars in previous aid had gone to "Crooked Pols. No good!"

He ended the outburst by tweeting: "And by the way, I'm the best thing that's ever happened to Puerto Rico!"

The island has been rocked by street protests this year that forced the resignation of its governor Ricardo Rossell in August.