The letter sent last week comes after Donald Trump provoked a firestorm of indignation among African nations earlier in January when he reportedly called them "shithole countries" during a meeting with lawmakers in Washington. 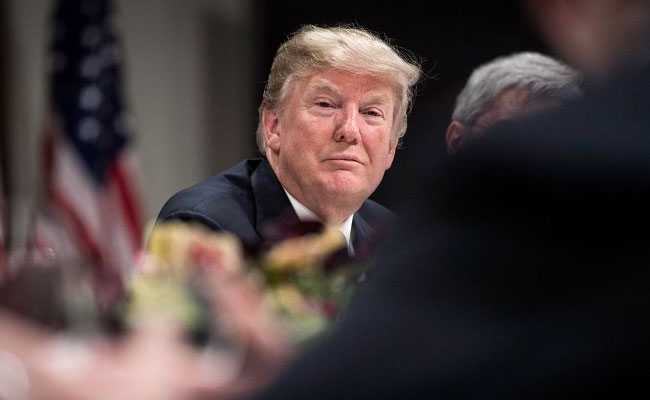 Addis Ababa: US President Donald Trump said the United States "deeply respects" Africans and will dispatch its top diplomat to the continent, in a letter to African leaders seen by AFP on Sunday.

The letter sent last week comes after Trump provoked a firestorm of indignation among African nations earlier in January when he reportedly called them "shithole countries" during a meeting with lawmakers in Washington.

While Trump has denied the remarks, they are expected to be formally condemned by the 55 member states of the African Union during their ongoing summit in the Ethiopian capital.

"I want to underscore that the United States deeply respects the people of Africa, and my commitment to strong and respectful relationships with African nations as sovereign nations is firm," Trump wrote in the letter.

"Our soldiers are fighting side-by-side to defeat terrorists," he said, and "we are working together to increase free, fair and reciprocal trade."

The letter was not made public, but its existence was confirmed by Chris Meade, a diplomat with the US delegation to the AU.

Meade declined to comment on its contents, but an AU source confirmed the accuracy of the text of the letter circulating on social media.

Earlier this month media reports emerged of Trump demanding to know during a meeting on immigration reform why the United States should accept citizens from "shithole countries", including Haiti, El Salvador and the entire African continent.

Promoted
Listen to the latest songs, only on JioSaavn.com
Trump defended himself on Twitter, saying: "The language used by me... was tough, but this was not the language used."

In the letter, Trump does not acknowledge the reported comments, but said Secretary of State Rex Tillerson would make a "extended visit" in March. He told African leaders that he looks forward to "welcoming many of you to the White House."